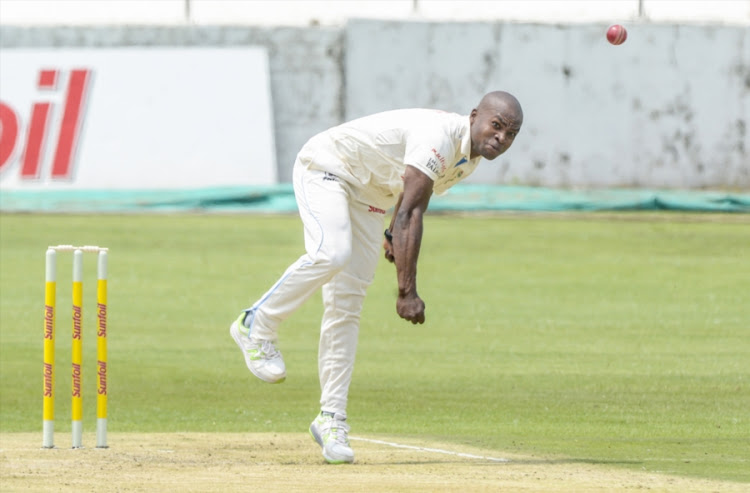 Junior Dala of the Titans during day 1 of the Sunfoil 4-Day Series match between Multiply Titans and WSB Cobras at Willowmoore Park on February 08, 2018 in Benoni, South Africa. Dala was on Tuesday February 13 2018 named in the Proteas T20 squad to face India in a three-match series which starts on March 1.
Image: Sydney Seshibedi/Gallo Images

The Titans duo of wicketkeeper/batsman Heinrich Klaasen and fast bowler Junior Dala and Warriors batsman Christiaan Jonker have been named as new caps in the Proteas squad for the three match T20 series against India later this month.

Cobras' all-rounder JP Duminy will captain the side during the continued absence through injury of Faf Du Plessis.

“With the Test series against Australia starting only 5 days after the completion of the T20s‚ it is necessary for us to rest some of the players who have featured in virtually all our international matches so far this summer‚” said Cricket South Africa (CSA) national selection convener Linda Zondi.

“They include Hashim Amla and Aiden Markram among the batsmen as well as most of our frontline fast bowlers.

"AB de Villiers has missed quite a lot of cricket this summer so he will play in the T20 Series.

"We have also decided to give Imran Tahir a break‚ he remains our first-choice spin bowler in both white ball formats but we need to give more game time to Tabraiz Shamsi and Aaron Phangiso.

"The next ICC World Twenty20 is not all that far away in 2020‚ so it is important that we develop and examine our resources for that tournament‚” said Zondi‚ adding that the selection of Jonker was a no-brainer because of his exploits on the domestic scene.

“Christiaan Jonker has been one of the most explosive finishers in domestic T20 cricket in recent seasons and his selection‚ together with that of Junior Dala‚ gives players who have performed well at franchise level the opportunity to show that they can compete at the highest level.

"Heinrich Klaasen’s recent performance speaks for itself and Reeza Hendricks gets another opportunity having been the highest runs scorer in this season’s Ram Slam Challenge.”

The selectors also named the South Africa A squad for the tour match against Australia at Willowmoore Park between February 22 -24‚ which will be captained by Khaya Zondo with the Cobras duo of Pieter Malan and Zubayr Hamza and Dolphins’ all-rounder Senuran Muthusamy chosen for the first time.

“With no franchise cricket scheduled for that weekend it gives another group of fringe players an ideal opportunity to show what they have to offer against top quality opposition‚” concluded Zondo.

The relationship between the lifeblood of professional cricket in South Africa‚ the players‚ and their paymasters‚ the administrators‚ could move ...
Sport
3 years ago

Proteas team manager Mohammed Moosajee said on Monday an investigation had been launched after an Indian fan was ejected from the Wanderers stadium ...
Sport
3 years ago