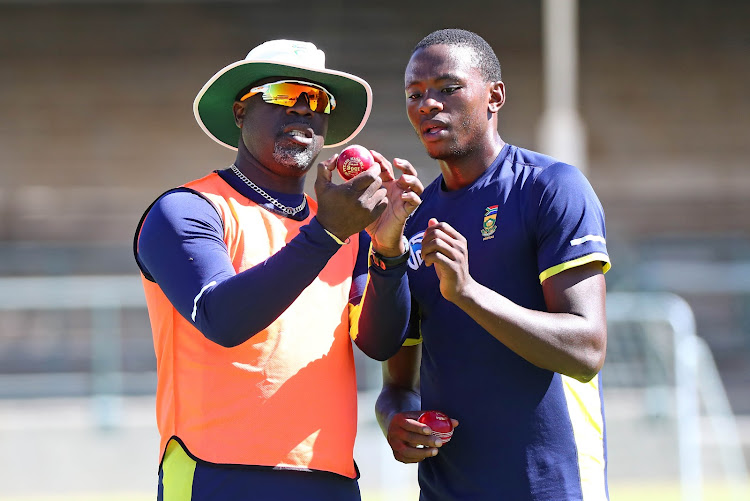 Ottis Gibson wants the Proteas to front up with a greater appetite for the fight as they attempt to salvage pride against India in Centurion on Friday night.

South Africa have been out-bowled‚ out-batted and at times‚ out-fielded by an Indian side that thumped them by 73 runs in the fifth one-day international at St George’s Park on Tuesday.

That victory also gave the tourists their first-ever ODI series triumph in South Africa and they take an unassailable 4-1 lead to the final match at SsuperSport Park on Friday night.

With disappointment etched on his face‚ Gibson called for his top order to stand up and be counted.

"I thought that we succumbed quite easily to be honest.

"To be bowled out in 42 overs is very disappointing from a batting point of view.

"Even with the bowling there were some soft boundaries which has gone on the whole series also.

“Just a little bit more fight with the bat.

"Over the course of almost every game they have picked up five wickets.

"I know that they are very good but we are also better than we have shown with the bat and I’d just like to see us actually improve ourselves in that regard.”

Upstaged by a performing captain Virat Kohli‚ there are questions being asked in some quarters‚ perhaps fairly or unfairly‚ about Aiden Markram’s ability to both skipper and make runs at this stage of his career.

Gibson on Tuesday night stood by his call to promote Markram to the captaincy after Faf du Plessis tapped out injured after the first match in the series.

Gibson did admit though that he needed to touch base with Markram to find out how the dual role has affected him.

“Aiden Markram has been asked to captain and he’s shown some glimpses.

"I don’t know whether that has been too much for him.

"It’s something I will have to review myself.

“I don’t know if the whole responsibility around captaincy has been too much for him but it seems to me he’s trying to bat in a way that is not the Aiden Markram that I saw in September and I’ve spoken to him about that‚” added the former West Indian quick bowler.

“This was a decision for the future.

"It wasn’t a decision for now.

"Aiden has shown all the hallmarks of someone who is going to be a good leader.

"We felt with Faf out that we could give him that opportunity.

Gibson praised the Indian side‚ especially their top three batsmen Shikhar Dhawan‚ Rohit Sharma, Kohli and their wristspinners Kuldeep Yadav and Yuzvendra Chahal‚ for the crucial roles they have played in the series.

“A lot of credit must go to India‚" he said.

"In almost every game their top three scored a hundred.

"That’s been the difference in the whole series.

"We got one hundred through our captain Du Plessis in Durban and we’ve not been able to another one since.

“When you look at the series those are the sorts of little differences.

"It’s not that we can’t because Hashim (Amla) has got 20-something hundreds.

"He knows how to make hundreds in one-day international cricket but he’s not been allowed to either by the way they’ve bowled or the sort of lack of confidence in our batting or the way that we have played.”

Proteas fast bowler Kagiso Rabada has been fined 15% of his match fee and hit with one demerit point after he was found guilty of breaching the ICC ...
Sport
4 years ago

You read it here first: Nicky Boje‚ who turns 45 next month‚ is considering a comeback.
Sport
4 years ago

It's not of his own doing that Temba Bavuma finds himself in the Proteas sidelines but the hand injury he suffered in a domestic 50-over game was ...
Sport
4 years ago

The ministerial committee of inquiry into governance issues at the SA Sports Confederation and Olympic Committee (Sascoc) faces the task of ...
Sport
4 years ago