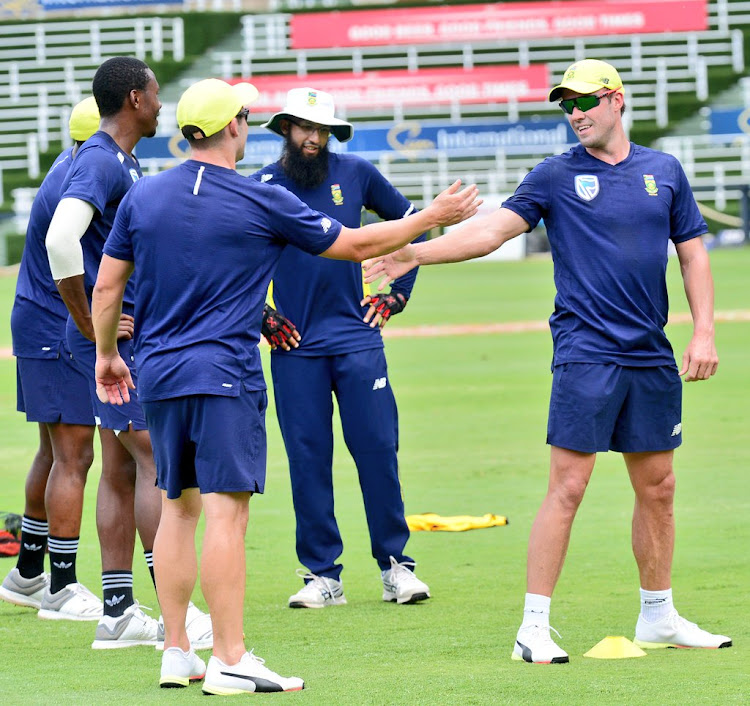 To all the reasons why South Africa want to beat Australia in their test series starting at Kingsmead on Thursday‚ add 5.8-million more.

The Aussies need to win the four-match rubber at least 3-0 to displace South Africa from their second place ICC test in the rankings.

A South African win by any margin‚ even a drawn series‚ will mean they retain second place and win R5.8-million at Tuesday’s exchange rate.

Thing is‚ the last time South Africa won a home series against the Australians the Soweto Uprising was still six years away and the Aussies’ prime minister was John Gorton.

Ali Bacher’s South Africa blanked Bill Lawry’s Australia 4-0 in the second half of the summer of 1970-71.

In the seven series the teams have contested in this country since then the closest the home side have come to winning is drawing in 1993-94 and 2011-12.

Something similar has happened when South Africa have visited Australia in recent years — they’ve won all three rubbers they’ve played there since 2008-09.

And that was good enough to trigger Dean Elgar’s ever-ready jab.

“Having the ability to beat them in Australia is a very encouraging factor going into this series‚ knowing that the last time we played we had the upper hand‚” Elgar said on Tuesday.

“But in saying that it’s a new series‚ a blank piece of paper‚ on Thursday and anything can happen.”

Not that the history between the teams is a blank piece of paper.

It’s filled with tough‚ tense encounters in which lines of propriety are crossed more readily than in other match-ups‚ not least because both teams come from intensely competitive cultures.

“There’s a lot of pride at stake but there’s also a lot of respect between the two teams‚” Elgar said.

The big picture is indeed big enough‚ but the subplots are just as worthy of focus.

Top of the list is Morne Morkel’s announcement on Monday that the series would be his last as an international player.

“I think there’s a mutual feeling of shock because you don’t expect a guy to be retiring so soon‚” Elgar said about the 33-year-old fast bowler.

“He’s been playing 12 years of professional cricket which is a long time in its own right.

“I’m sure each individual would feel he still has a lot more to give but we respect his decision.

“He’s provided South African cricket with 12 years of unbelievable professionalism within the side‚ and the hard work he’s done on and off the field is a massive credit to him.”

Then there’s the likely state of the pitches‚ which earned largely unwanted attention last month when South Africa battered India into submission on rip-roaring surfaces.

Elgar remembered Kingsmead as being “quite slow and low” in the test against England in December 2016.

“I think Durban’s wickets have changed over the years‚” he said.

“I don’t see it being too dissimilar to what we had against England‚ which produced a good test match for both sides.”

Not quite: off-spinner Moeen Ali took seven wickets to bowl England to victory by 241 runs.

And there’s a half-decent off-spinner in Australia’s team‚ Nathan Lyon‚ who is ranked fourth among slow bowlers.

But it’s difficult to believe an arsenal of fast bowlers of the calibre of Kagiso Rabada‚ Morkel‚ Vernon Philander‚ Mitchell Starc‚ Josh Hazlewood and Pat Cummins won’t take the lion’s share of the wickets and leave the spinners to fight over the scraps.

Like they do in Australia‚ the big boys rule in South Africa.

It's not often that Australia's most experienced and important bowler is an off-spinner but Australia know what they have in Nathan Lyon.
Sport
3 years ago