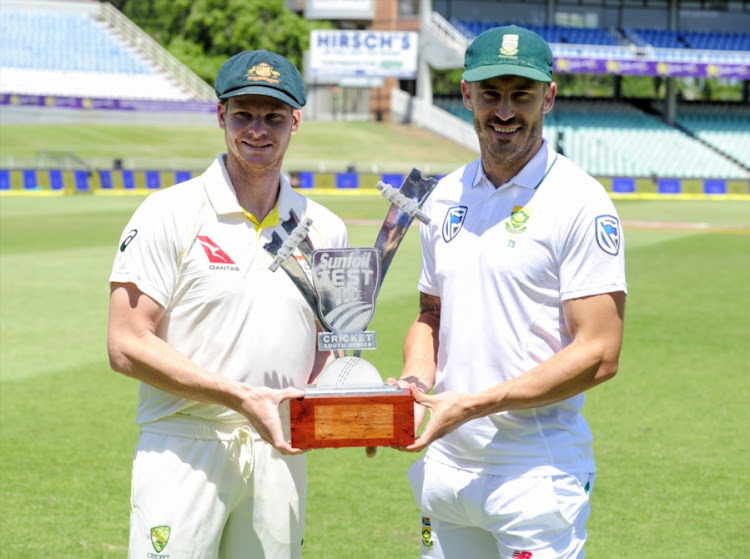 Proteas captain Faf du Plessis says the team needs to make a serious statement of intent in the first Test if they want to shake off their Australian hoodoo.

The last time South Africa beat Australia in a Test series was in the 1969/70 season when Dr Ali Bacher's side blanked Bill Lawry's tourists 4-0.

None of the players on both sides were around at the time and there are only two survivors from the last Kingsmead encounter between South Africa and Australia in 2009.

That match happened to be the one where the late Phillip Hughes announced himself in no uncertain terms as a prodigious opener with scores of 115 and 160.

AB de Villiers and Morne Morkel were on hand to witness that carnage.

The latter will be retiring at the end of this series while the former is said to be highly motivated by the prospect of facing the crack Australian bowling attack when the teams clash in the first of four Tests at Kingsmead on Thursday.

“It's a strange one because we've been hoping that home conditions will suit both teams and that hasn't been the case‚" Du PLessis said.

"I remember the last time we played them at home‚ it was a tight series where Morne Morkel was bowled in the last 30 minutes of the game.

"It was a tough series against Australia but that's always been the case.

"In this series‚ we really want to put a peg in the ground.

"It's easier said than done because they're a strong team.

“What I can say about AB is that he's extremely motivated for this series.

"He understands that he's one of the best players in the world and if he has a quiet series‚ it makes him want to do more.

"He doesn't want people talking about him not performing.

"The motivation for that will be a very big performance.”

The excellence of the bowling attacks finally puts the pitch preparation debate to bed.

The surface prepared by Wilson Ngobese had a brown tinge to it and looks like it may aid turn from day two. 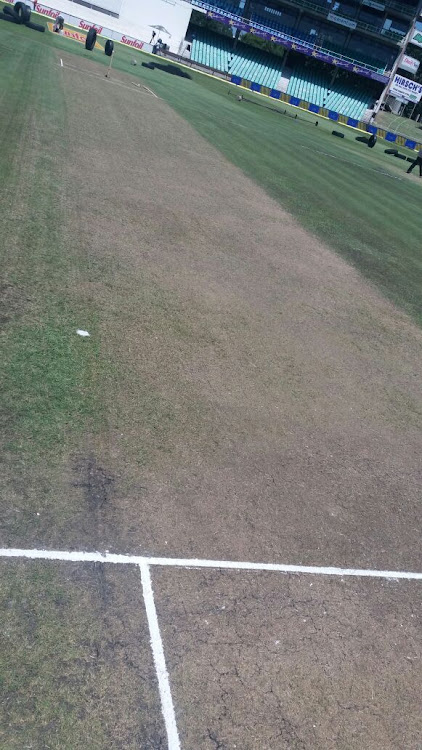 The Kingsmead Stadium pitch in Durban a day before the opening day of the first test match against Australia starting on March 1 2018.
Image: Khanyiso Tshwaku

Du Plessis felt the heat of the pitch debate during the India series‚ which came to a head in the third Test against India at the Wanderers.

The track misbehaved throughout the four days and attracted the International Cricket Council's attention.

A spicy pitch would've handed the advantage to the tourists but Du Plessis was happy with the 22-yard strip.

“I think I learnt my lesson from that.

"Australia and South Africa have similar teams and in terms of conditions‚ it's the same.

"There's nothing different that we're expecting but when you're playing a sub-continent team‚ you're looking to have an advantage and Australia have similar conditions to us.

"We'll both play on what we get and we haven't asked for anything‚” Du Plessis said.

South African cricket has never been the type that places immense faith on a spinner but Keshav Maharaj has given them a reason to believe.
Sport
4 years ago

To all the reasons why South Africa want to beat Australia in their test series starting at Kingsmead on Thursday‚ add 5.8-million more.
Sport
4 years ago

It's not often that Australia's most experienced and important bowler is an off-spinner but Australia know what they have in Nathan Lyon.
Sport
4 years ago

There will be a hole 1.96 metres tall in South Africa’s attack from April with the news that Morne Morkel has pulled the plug on his international ...
Sport
4 years ago