Aussies reduced from Ashes to ashes 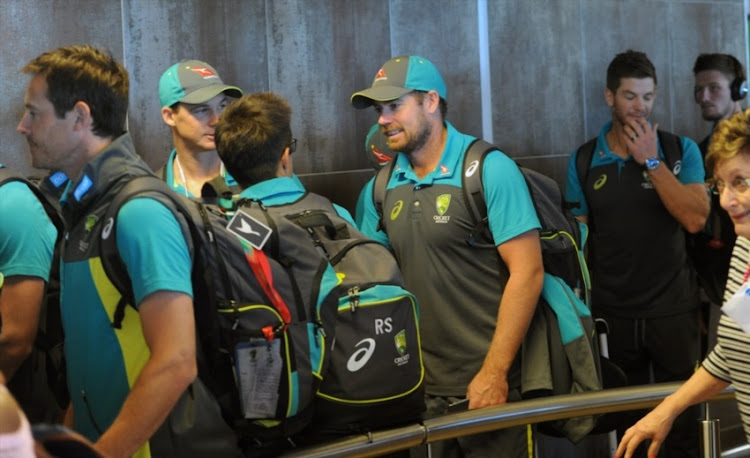 Nothing compares to the Ashes, or so cricketminded people in countries that aren’t England or Australia are told.

Intensity. Competitiveness. Drama. Needle. Nastiness. The Ashes, apparently, has it all, and more, in spades. Any other series is, somehow, not up that mark.

Ottis Gibson, South Africa’s coach, knows first-hand how that feels having served as England’s bowling coach in their successful Ashes campaigns in 2009 and 2015.

So, how does South Africa’s current rubber against Australia, which has lurched from one explosive episode to the next, compare with Test cricket’s original series?

“The Ashes is a lot of hype,” Gibson said on Tuesday in Cape Town, where South Africa won by 322 runs with a day to spare on Sunday to take a 2-1 series lead into the last Test at the Wanderers on Friday.

“In this series, I don’t know if it is because of what happened when South Africa were in Australia last time [in November 2016, when Faf du Plessis was convicted of ball-tampering], or whatever.

“But this one has had an edge to it that is different to the Ashes.

“At the end of the Ashes you sit down and have a drink together.

“Against India [who played three Tests in South Africa in January], it was a tough series but at the end of every game the guys came and had a drink.

“We haven’t had that opportunity yet with the Aussies, for whatever reason, because after every Test match there has been some sort of drama — someone had to go see the match ref, there was some conflict between the teams, stuff like that.

Despite Gibson’s invitation it looks like that beer is going to stay, unopened and undrunk, in the fridge.

Cricket has taken a back seat to acrimony on both sides of the boundary.

David Warner, Quinton de Kock, Nathan Lyon, Kagiso Rabada, Mitchell Marsh, Steve Smith and Cameron Bancroft have all been in trouble with the match referee for offences ranging from verbal abuse to shoulder-bumping to ball-tampering.

There’s no sign of things going quiet, what with Smith and Warner stood down as Australia’s captain and vice-captain at Newlands and coach Darren Lehmann reportedly close to resigning — all over the ball-tampering plot the visitors confessed to on Saturday after television cameras spotted Cameron Bancroft using sticking tape covered in sand to roughen the ball.

That has sparked furious condemnation from Australia, with prime minister Malcolm Turnbull climbing in and Cricket Australia (CA) launching an urgent investigation.

“I have been surprised at how big it has become, but at the the end of the day when you see such a deliberate act like we saw on TV then people will become very interested in it, especially the way it was planned,” Gibson said.

“Steve Smith said it was planned by a few of them and that makes it a bigger topic for people to talk about.

“CA is a hundred-year-old organisation, so to have something like this on their doorstep …

“CA’s also been the envy of the world in terms of winning World Cups and they’ve produced great teams and great players for a long time.

“So those great teams and great players of the past will feel like their good name has been tarnished.

“People have a right to be upset about that.”

South Africa have been convicted of ball-tampering three times since 2013, all before Gibson joined the camp. The practice wouldn’t be tolerated, he said.

“I would hope that it never happens under my watch. I’m not going to sit here and say we’re whiter than white or anything, but we’ll try and play the game within the rules of the game.

“We know where the rules are, and the imaginary line that we talked about for the whole series — we feel like we know where that is and we’ll try not to cross the line.”

For all that, Gibson remains what he called “a huge fan” of Australia’s attack.

“So I’m still watching their bowlers and thinking, ‘That’s a very good bowling attack they’ve got’.”

The Wanderers crowd, easily the most aggressive in the country, might not take such an admiring view of the Aussies — particularly in a series that has been marred by poor spectator behaviour.

“Hopefully we have a big crowd because it’s an opportunity for us to win a series against Australia at home for the first time [since 1970],” Gibson said.

“So hopefully it will be a decent crowd, and by decent I mean respectful who will come and watch a good game of cricket, enjoy it and go home entertained.

“I think everyone at Newlands on Sunday went home entertained.”

That they did, relishing the dramatic and ongoing humiliation of an intensely competitive team who too often go past healthy needle and descend to nastiness.

It’s a team that is being reduced to ashes.