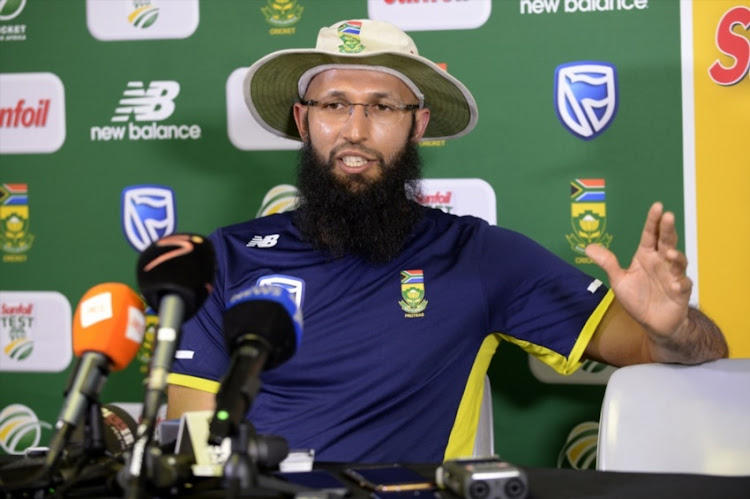 Highly respected Proteas senior batsman Hashim Amla has weighed in on the headline-grabbing Australian ball-tempering scandal by saying that the fiasco will serve as a timely wakeup call for the game.

Speaking at the Wanderers as South Africa prepared for the fourth and final Test match on Friday‚ Amla said it is time for all the teams to reflect on the type of cricket they want to play.

“The past couple of days have given us time to process all the stuff that has happened and reflect and it has surely given every team in the world a little bit of a reality check to say‚ ‘What kind of cricket do you want to play?’” he said.

“It has given the ICC headaches and the opportunity now is for the governing bodies to show us where this line is because we don’t know what is going on.

“I have always believed that we have played our cricket the best way that we can with a few mistakes here and there but that is the stuff that you learn from and move on.”

Amla added that as a team South Africa feel sympathy for Smith‚ Warner and Bancroft‚ who are under such heavy scrutiny for their mistakes and the admission by the Australian captain in Cape Town that they tampered with the ball.

“We know how hard cricket is. International sport is tough with so much of work going on behind the scenes and when things like this happen‚ definitely we feel sympathy to the person who has made the mistake and has to pay the price for it in whatever way.

“We do feel sympathetic to the guys who have found themselves in hot water.

“We were surprised‚ there is so much that has happened afterwards but it is a sad moment for international cricket.

“We know that everybody makes mistakes in their lives and you have to learn from those mistakes and move on. Like I said‚ we feel sympathy to the guys who are under the pump and we don’t wish any difficulty to anyone in the world.”

With all the off-field issues over the past few days‚ Amla said the show must go on as South Africa are leading the series 2-1 and victory at the Bullring will see the win the series.

“We are motivated because South Africa have not won a series against Australia since readmission here at home‚ so there is a lot for us to play for‚” he said.

“At this venue‚ the captain and the coach will look at how the wicket is and go through the decision-making process‚ but we have to be prepared to win the match.

“There is nothing we can do about the disruptions and for us it is about the cricket now.”