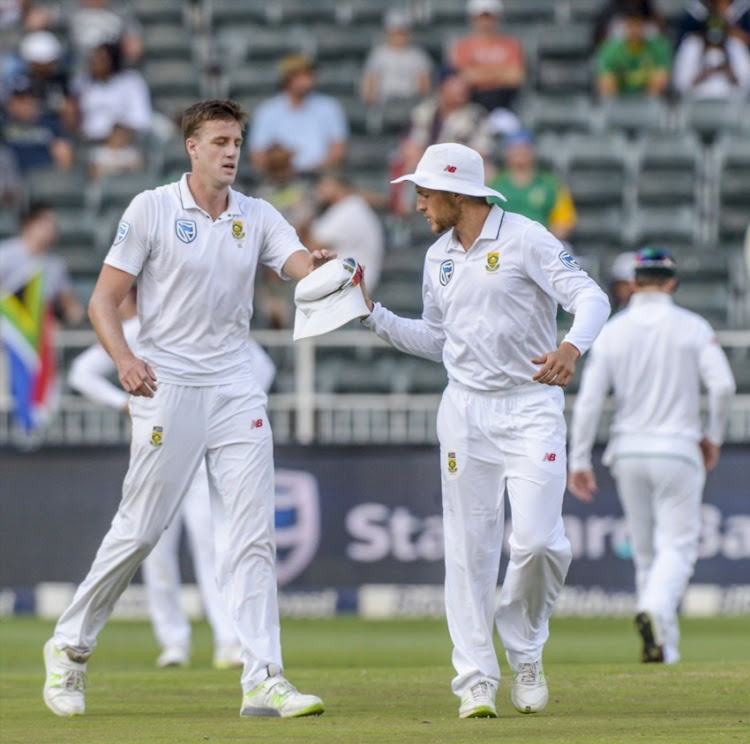 It looks like South African fast bowler Morne Morkel is not intending to bow out of the international scene quietly.

Playing in the last and 86th match for South Africa, the ‘Gentle Giant’ shrugged off a left side strain that threatened to rule him out of his swansong to help the Proteas restrict Australia to 88/3 after 30 overs at stumps of day four of the final Test at the Wanderers on Monday.

Australia resume on the final day of the match on Tuesday morning trailing by 524 runs and with seven wickets in hand but they face a near impossible mission against the fired up South African attack of Morkel, Kagiso Rabada, Vernon Philander and Keshav Maharaj.

At the end of his shift, Morkel stood with impressive figures of 2/18 after 8 overs following consistent spells where he found the right lines and lengths and he was a constant thorn on the side of the fragile Australians.

He started the damage when he trapped Matt Ranshaw, who was dropped on two by Temba Bavuma from the bowling of Philander, in front with a dangerous inswinger from around the wicket with the Australia opener having scored only five runs.

Renshaw was soon followed by Usman Khawaja who suffered the same fate as he was also trapped in front by Keshav Maharaj having scored only seven runs as the Aussies slumped to 34/2 after seventeen overs with their hopes in this match slowly diminishing.

Morkel struck again shortly before stumps were called with a full delivery that curved late to trap Joe Burns in front who was looking comfortable on the crease as he scored his 42 from 80 balls including five boundaries and one maximum.

Australia face a tough task to rescuing their faltering innings on Tuesday morning and the bulk of the work fall on the lap of Peter Handscomb and Shaun Marsh who were undefeated on Monday with respective scores of 23 and 7 and a partnership of 20 from 35 balls.

Before Australia started their chase, Proteas captain Faf du Plessis declared on 344/6 after 105 overs at tea and enjoying an overall lead of 611 which put them overwhelming favourites to win 3-1 and register their first series win over their rivals since readmission.

South Africa set Australia the huge target for victory largely due to the wonderful work that was done by Du Plessis who scored a gallant 120 from 178, which included eighteen centuries and two maximums, during his 227 minutes on the crease.

There were also useful contributions by opener Dean Elgar who scored a patient knock 81 off 250, Quinton de Kock (4) while Bavuma and Vernon Philander, who shared a partnership of 71, chipped in with respective scores of 35 and 33.