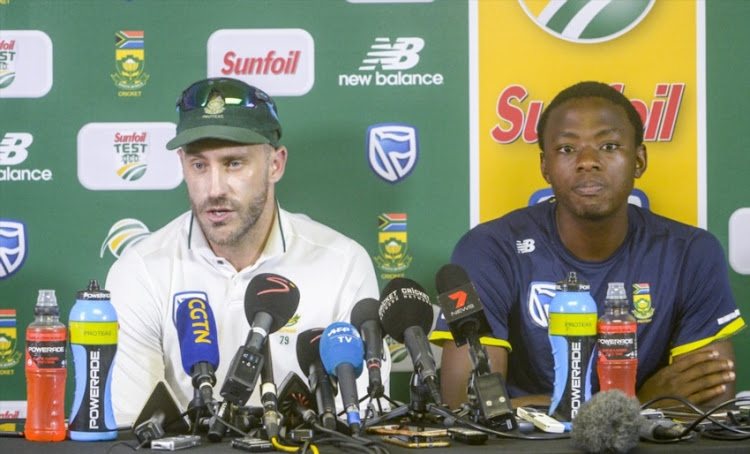 Proteas captain Faf du Plessis has described their historic 3-1 series victory over bitter rivals Australia as their most complete performance.

In this four-match series that was dominated by many off-the-field incidents‚ South Africa dominated the Aussies during the last three matches in Port Elizabeth‚ Cape Town and Johannesburg‚ winning by six wickets‚ 322 runs and 492 runs respectively. The Proteas lost the first match in Durban by 118 runs.

“I thought right through the series the decks were good. In the first three tests reverse swing was incredible and we had to front up to it. As a whole in the series‚ this was our most complete performance‚” Du Plessis said after the final match at the Wanderers ended with a 492-run victory on Tuesday.

“This victory means a lot to us. We spoke about it that there is an opportunity to go down in the history books.

“This is probably the best we have been in a series. We have been winning but with holes where we can improve. I felt in this series‚ it was incredible how we put everything together.

“We are proud of the record to be the first team to beat Australia at home since readmission. Everyone played their part throughout the series.”

The Proteas scored five centuries during this series with Aiden Markram helping himself to the two he achieved in Durban and Johannesburg‚ AB de Villiers notching one in Port Elizabeth‚ Dean Elgar in Cape Town and Du Plessis also at the Wanderers.

“The best thing is that five of our batters scored hundreds at different times with Aiden scoring two‚” the captain said.

“From an opening point of view‚ guys put us in good positions in every game and we scored five hundreds in this series‚ which is incredible‚ where we managed to bowl them out.

“Our bowling unit was exceptional‚ all of them‚ as a batting unit there we guys who chipped in and we never felt that we were under pressure.”

Du Plessis said the loss in Durban motivated his team to come back stronger and win the last three matches and win the series convincingly.

“We were motivated from the beginning of the series. There was a shift in mindset after the first test.

“We went from motivated to angry in trying to turn it around and the guys were pumped up. For the first time I could see that all the guys were motivated.

“We handled ourselves in the right way. There were a lot of incidents but at the end of the day there was always calm in the dressing room.

“We spent a lot of time working on the culture of the team because we don’t want to have a cancer that spreads throughout the team allowing a few bad things to happen.

“We spent a lot of time on that and we take a lot of pride in it. We never want to seem arrogant and as much as we can we want to stay humble.”