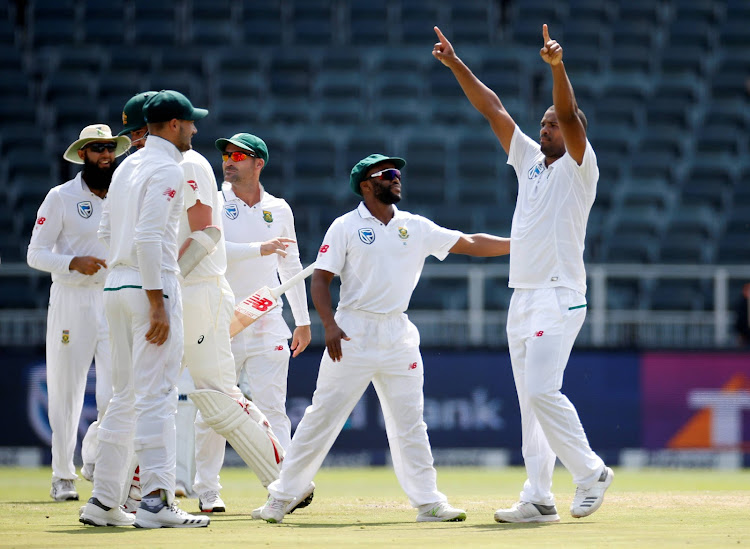 The Proteas needed 81 minutes on the fifth day of the fourth and final test at the Wanderers to convincingly thrash Australia by 492 runs with the almost unplayable Vernon Philander returning with highly impressive figures of 6/21.

This huge 3-1 victory for the Proteas also marks their first series win for the South Africa over Australia at home since readmission on the special occasion of Morne Morkel’s last international match as he heads into retirement after 86 test matches.

It is also the fourth-biggest test win off all time by runs.

Australia started the series promisingly by beating South Africa by 118 runs in Cape Town last month but the Proteas turned the tables to win the remaining three tests in Durban‚ Port Elizabeth and Johannesburg.

Australia resumed on the final day on Tuesday sitting on 88/3 after 30 overs and needing a mammoth 524 runs with seven wickets in hand.

But it proved to be a mission impossible as they were bowled out for 119 after 46.4 overs to end what has been what the tourists would have hoped could be a forgettable tour‚ but which for its controversy and the Australians’ eventual ball-tampering meltdown in Cape Town will linger in their memory.

Congratulations Man of the Series @KagisoRabada25!
“The game will always find a way to humble you, so you never stop learning.” #ProteaFire #SAvAUS #SunfoilTest pic.twitter.com/0FFqpUyjK1

The destroyer-in-chief on Tuesday for South Africa was Philander who got the demolition job going with the first ball of the day by removing Shaun Marsh (7) who was caught at gully by Temba Bavuma as Australia’s fragility was once again exposed.

‘Big Vern’ returned a few overs later to claim the third wicket of the morning when he ended the series of Peter Handscomb (24)‚ who decided too late to attack the ball only to manage an inside edge that crashed onto his stumps.

Philander’s devastating spell continued when he accounted for the scalps of stand-in captain Tim Paine (7)‚ Pat Cummins (1) and Chadd Sayers (0) before Nathan Lyon (9) was run out by a combination of Aiden Markram and De Kock.

Some good cricket was played on the field during the much-tempered series against bitter rivals. It was‚ however‚ dominated by the numerous high-profile controversial moments that grabbed the spotlight.

These started in Durban when Proteas wicketkeeper Quinton de Kock and Australia’s David Warner were involved in an unsavoury spat at tea of the fourth day at Kingsmead‚ which led to both players being reported to the ICC for bringing the game into disrepute.

The series moved to Port Elizabeth where Kaiso Rabada was involved in a shoulder incident with former Australian captain Steve Smith and there was more drama in Cape Town where Smith‚ Warner and Cameron Bancroft were banned for ball-tempering.