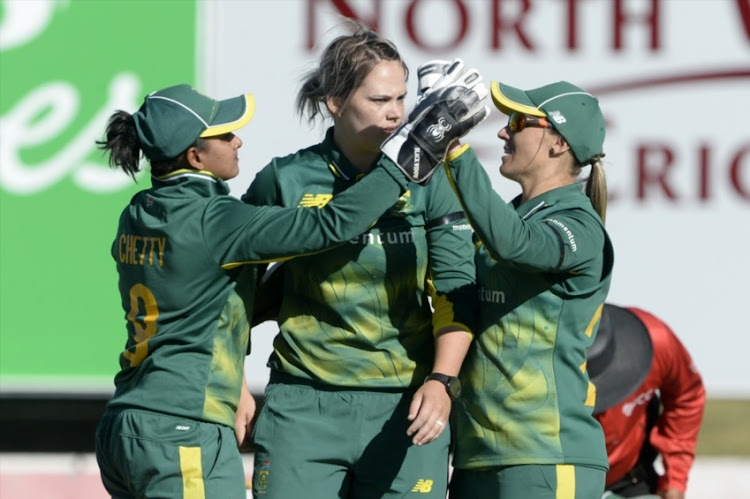 The good news is South Africa won all five of the one-day internationals and three T20s they played against Bangladesh these past two and a bit weeks.

Bad news? None. Dané van Niekerk’s team have done everything asked of them‚ and more.

“To play eight games and win all eight‚ we don’t so that often‚” Van Niekerk said in Bloemfontein on Sunday after her women completed their whitewash with a 23-run win in a T20 reduced by rain to nine overs-a-side.

“So maybe it’s the start of really great things with this team.”

Maybe is the operative word‚ because even as South Africa’s triumph glows it highlights the bigger challenge to come in the shape of the three ODIs and T20 triangular series they will play in England in June.

Perspective is worth plenty‚ and in this instance it is that South Africa have played more than three-and-a-half times as many white-ball games as the Bangladeshis: 178 ODIs and 79 T20s versus the visitors’ 35 and 37.

The home side also have exponentially more experience in foreign conditions‚ in which they’ve won 32 of their 82 matches.

Bangladesh‚ who have contested 32 games on the road and won only two‚ have had just 11 more matches in total than South Africa have had on the Asian subcontinent alone.

The South Africans have understanding for the Bangladeshis’ plight.

“It’s not easy coming out of your comfort zone‚” Shabnim Ismail said.

“Bangladesh haven’t really travelled much and they haven’t played much.”

Ismail knows of whence she speaks: South Africa lost 13 consecutive T20s between August 2008 and October 2010‚ and four of the first 11 Tests they played before winning a match.

Almost six years after Bangladesh became an international side they have yet to play a match in the longest format.

The value of South Africa’s superior experience is the poise they showed in games like Sunday’s‚ when Van Niekerk said they played “loud music in the changeroom” to help them relax despite the unusual circumstances.

“The batters did their best‚ but the way we went about setting up that score [64/4] wasn’t great‚” she said.

“I was a bit worried: [defending] eight an over in a nine-over game; you really don’t know what’s going to happen.

“But the way [the bowlers] went about executing their plans‚ I couldn’t have asked for better.

“The batting showed the fluster but our bowlers had time to assess the wicket.”

Ayabonga Khaka took 3/10‚ Marizanne Kapp 2/8‚ and Ismail went for only five runs‚ each from two overs‚ to limit the Bangladeshis’ reply to 41/6.

More of that level of performance will be required in England‚ where all three ODIs will count towards the International Women’s Cup‚ the qualifying mechanism for the 202 World Cup.

The T20s will be important for South Africa’s bid to win the World T20 in West Indies in November.

Having reached‚ and almost won‚ their 2017 World Cup semi-final against champions England‚ a Caribbean cruise to victory would be the best news for South Africa.