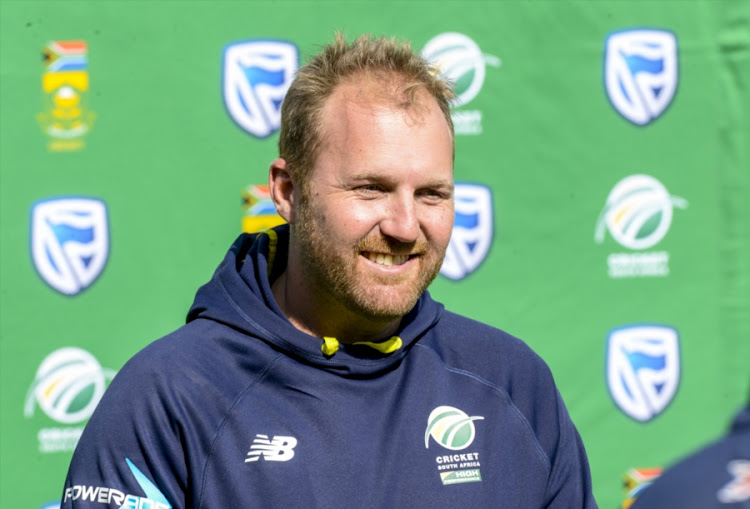 As unexpected as Shaun von Berg’s selection in South Africa’s squad for next month’s Test series in Sri Lanka is‚ it’s only the latest surprise in an unusual moment for cricket in the country.

Neither does it happen easily that South Africa’s selectors pick three spinners in a Test squad‚ even for a tour to the sub-continent.

Nor that two of them — left-armer Tabraiz Shamsi and Von Berg — are wrist spinners.

Part of all that is explained be another surprising fact: only seven of the 30 matches franchise first-class matches played in 2017-18 were won and lost.

More than three-quarters were drawn‚ and that in conditions that come with the reputation of being some of the toughest for batting anywhere.

Still‚ Von Berg cracking the nod ahead of Muthusamy and Dane Piedt‚ both of whom took more wickets than he did last summer‚ has caught its fair share of headlines.

It’s a triumph for a bowler who looks more like cricketers of yore — Eddie Barlow springs to mind — than the sculpted gym rats of the modern age.

Another departure in an era when variation is‚ apparently‚ an important part of finding success as a spinner is that Von Berg puts his faith‚ delivery after consistently pitched delivery‚ in his leg break.

Googlies and sliders? He saves those for batsmen of lesser ability.

Even more unusual is that when a New Zealand franchise came knocking‚ Von Berg said thanks but no thanks and continued to play for the Titans‚ to date his only senior domestic team.

Other players closer to the end of their careers than the start‚ who have performed well at domestic level but never well enough to knock down the door to international honours‚ might not have been as loyal.

This wouldn’t be a story about South African cricket if it didn’t add the fact that Von Berg is white and is thus‚ given the skill set he brings to conditions that more often better suit bowlers of other styles‚ a prime candidate to be sidelined in the cause of transformation.

And yet‚ at 31‚ with 96 first-class caps‚ 345 wickets and an average of 28.31 in the bank — not forgetting five centuries and 17 half-centuries klapped down the order — he’s off to Sri Lanka in a South Africa tracksuit.

Whether Von Berg will make his debut is another matter.

Left-arm orthodox Keshav Maharaj is by some distance South Africa’s best spinner in whites but there’s always room for a second slow poisoner on those surfaces.

Or is there? South Africa have played a dozen Tests in Sri Lanka and in only four of them have they picked more than one specialist spinner.

Von Berg’s batting ability might help tip that balance in his favour but first he will have to win his place as a bowler.

That‚ at least‚ is no surprise.

Mike Hesson stunned New Zealand cricket on Thursday by announcing he will step down as coach at the end of next month, less than a year out from the ...
Sport
4 years ago