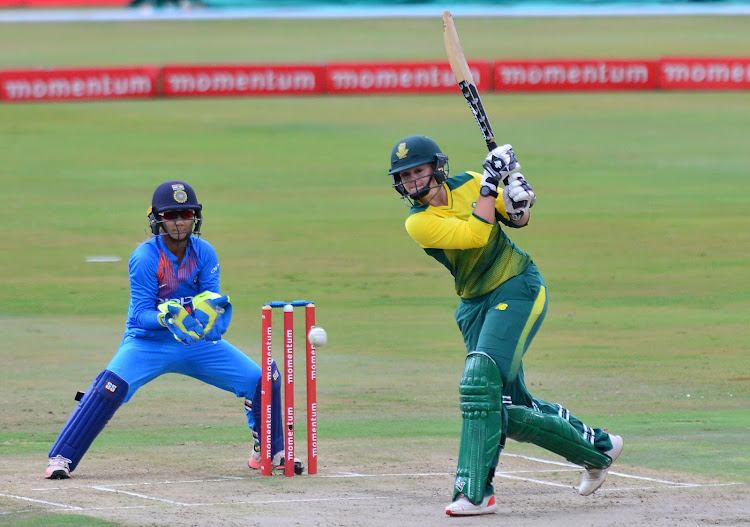 You wouldn’t want to be in the dressingroom as part of a team that has played below themselves if that side is captained by Dané van Niekerk.

That’s going on what she said in public in the wake of South Africa’s thumping in Brighton on Tuesday.

Given the chance to blame at least part England’s 69-run victory to level the one-day series on bad fortune‚ Van Niekerk said: “It wasn’t hard luck. It was bad execution as a bowling unit and as a batting unit.

“I think we just expected it to happen‚ like it did in the first game [in Worcester on Saturday‚ when South Africa won by seven wickets]. That was the frustrating thing for me.

“We didn’t fight for wickets; we just expected something to happen.

“We didn’t sum up the conditions well.

“The scorecard speaks for itself.”

Van Niekerk put England in to bat on what turned out to be a belter‚ and the home side racked up 331/6 — their sixth-highest total and the second-highest yet made against South Africa.

“We spoke about it beforehand and we were all happy to bowl first‚” Van Niekerk said.

“If we bowled second‚ the way we bowled we probably would have fetched leather as well.”

The visitors had a decent chance of staying in the mix in the first half of their innings before losing 9/103 to dwindle to a reply of 262/9.

“We bat until eight‚ nine. For only two batters to score above 40 was disappointing.”

Those two were Lizelle Lee‚ whose 117 off 120 balls with 13 fours and five sixes followed the unbeaten 92 she scored in Worcester‚ and Chloe Tryon‚ who hammered 44 off 31.

That Tammy Beaumont and Sarah Taylor had scored 101 and 118 made this the first game in the 1 118 ODIs played by women that the scoreboard groaned under the weight of three centuries.

On Friday the series will be decided in Canterbury‚ where South Africa won by one wicket in June 2000 and lost by 121 runs in August 2008.

Shaun von Berg had given up hope of ever representing his country until he was called up to the Proteas’ squad for the outgoing tour of Sri Lanka.
Sport
4 years ago

That doesn’t matter in the here and now.

What does is how South Africa might right themselves to clinch what would be their first series win in England‚ regardless of format and including last year’s World Cup‚ in nine attempts.

“We need to do stuff better than them‚” Van Niekerk said.

In times like these‚ a hard woman is good to find.