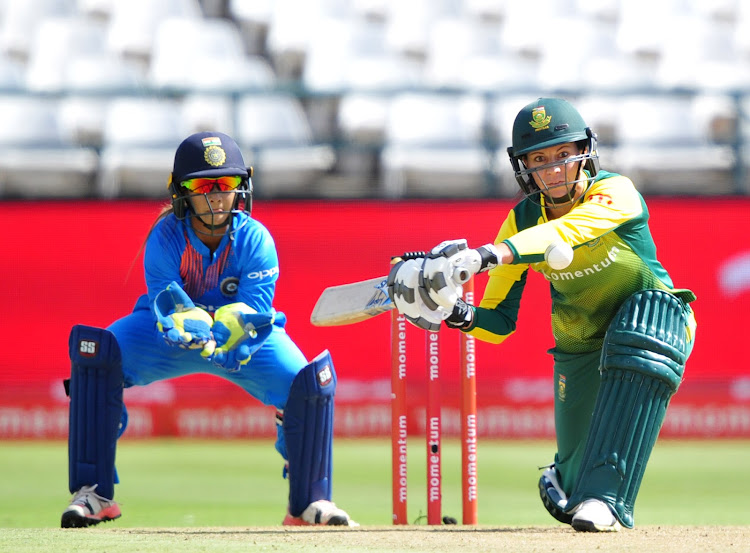 When someone as serious as Marizanne Kapp talks‚ best you listen — especially to what she says on the eve of a match that will not only decide a series but could define a team for years to come.

The match is the third one-day international in Canterbury on Friday. The team are South Africa‚ who have never won a series of any kind in England.

“We just need to back ourselves‚” Kapp said in Canterbury on Thursday.

“I know we always say that but England are the team everyone expects to win.

“It’s all in the head: we don’t always believe we’re good.

"But if you start winning games and playing good cricket on a regular basis‚ things will change for you. Skill-wise we’re up there with the anyone in the world.

“Teams like England and Australia just have the belief‚ almost an arrogance‚ that they know they are going to beat you.

“If we can play with that mindset I don’t think anybody will be able to stop us.”

England couldn’t stop South Africa in the first match of the series in Worcester on Saturday‚ when the visitors won by seven wickets with Shabnim Ismail and Ayabonga Khaka sharing six wickets and Lizelle Lee scoring 92 not out.

But it was a different story in Brighton on Tuesday‚ when Tammy Beaumont and Sarah Taylor made centuries in England’s 331/6 and South Africa shambled to 262/9 — despite Lee’s defiant 117 — to lose by 69 runs.

“We lacked the fight we had in the World Cup [in England last year‚ when South Africa reached the semi-finals]‚” Kapp said.

“It’s not always going to go your way but it’s how you come back after losing like we did in the previous game.”

That’s how to come back.

Shaun von Berg had given up hope of ever representing his country until he was called up to the Proteas’ squad for the outgoing tour of Sri Lanka.
Sport
4 years ago