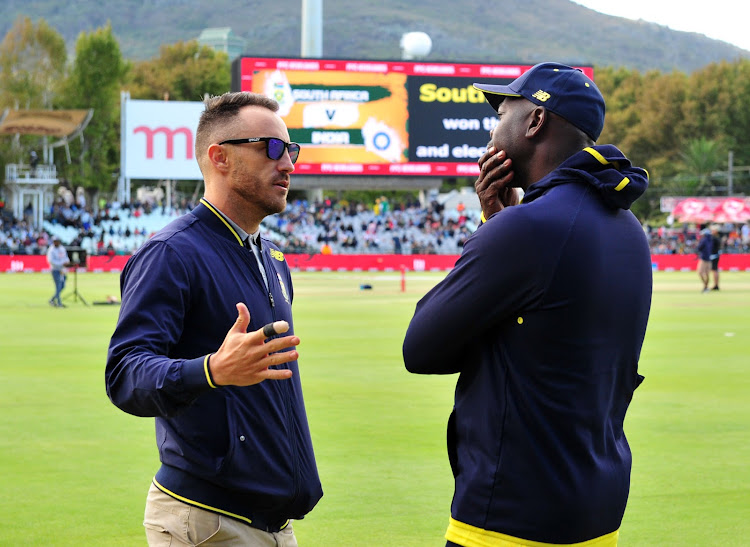 The schedule‚ which was announced on Wednesday‚ features a World Test Championship (WTC) and a One-Day International League (ODIL) for the first time along with the 2020 and 2021 editions of the World T20 and the 2023 World Cup.

The Champions Trophy has been scrapped. South Africans’ interest will be drawn to the fact that their team are due to be in Australia in December 2022.

That should mean a resumption of South Africa’s involvement in cricket’s most iconic match outside of the Ashes: the Boxing Day Test in Melbourne‚ which they last featured in in December 2008.

The practice was halted because Cricket South Africa wanted to re-establish their own Boxing Day tradition‚ which started in Durban in 1913.

They will play another three Tests‚ this time at home‚ against the Indians in December 2021.

Their other series against Australia is at home in February 2021‚ and they will be in England for three Tests in July 2022.

South Africa will play two rubbers of two Tests each against West Indies‚ and one of two matches against each of Sri Lanka‚ Pakistan‚ New Zealand and Bangladesh.

The leading nine teams in the rankings will contest — in six series‚ home and away‚ “against opponents they have mutually selected”‚ according to an ICC release — the inaugural WTC from July 15‚ 2019 to April 30‚ 2021.

The final is scheduled for June 2021.

South Africa will have at least 45 games in each of the white-ball formats‚ excluding tournaments.

The league will “serve as a qualification pathway”‚ the release said‚ for the 2023 World Cup in India‚ which will involve the hosts and the seven leading teams as at March 31‚ 2022.

Five more sides will come from the World Cup qualifier.

“The introduction of the [WCT] and [ODIL] will give these formats the much needed context to ensure their long-term viability along with the popular T20 format‚” the release quoted CSA acting chief executive Thabang Moroe as saying.

“The Championship and the league have been designed in a manner that is easy for all stakeholders‚ especially the fans‚ to follow as it leads up to a [WCT] final and qualification for the World Cup which makes all international matches important.

“We look forward to following the progress of our Proteas in both these competitions and to the enhanced products that we will be able to offer to our fans‚ our commercial partners and our players during our various bilateral tours.

"It is truly a win-win situation for all.”

A CSA source told TimesLIVE that‚ privately‚ officials were “not happy with where we are currently but it remains a work in progress”.

South Africa have no fixtures scheduled against Zimbabwe nor Afghanistan despite the facts that both are Test-playing countries — though neither are part of the WCT — and that all 104 ICC members have been awarded T20 international status.