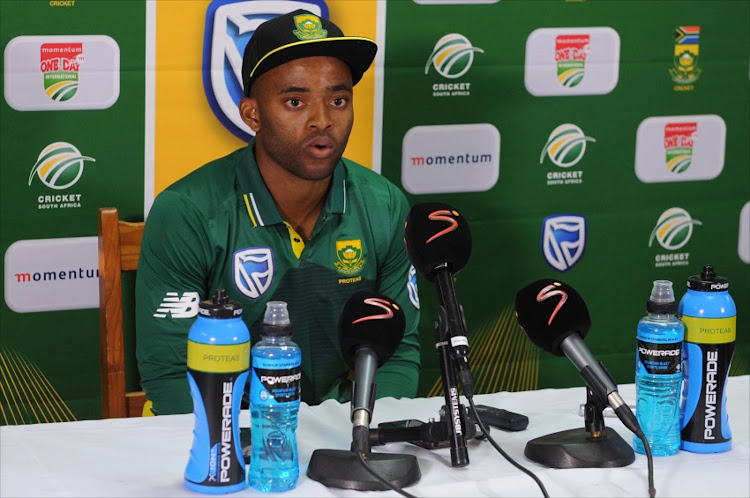 A new era is taking shape at the Highveld Lions after Proteas Test middle order batsman Temba Bavuma was named captain ahead of the coming season.

“We have been announcing a lot of changes as of late and the team’s on-field leadership is the most recent decision by the board to achieve the objectives that we have set out for ourselves‚" Fredericks said.

"Both Temba and Rassie have immense leadership skills that we strongly believe are the right combination when it comes to the execution of the team’s preparation‚ and also in guiding the team culture.

"We are set on securing silverware in the next season and with the team leadership in place‚ we can now start taking the next steps towards that.”

Bavuma said he was looking forward to the opportunity of leading the side and he hopes to set an example to all the players.

“I have always been eager to achieve this at some point in time and am grateful that the board has seen it fitting to give me this opportunity now‚" Bavuma said.

"Being back at the Lions has been phenomenal and now I will get an opportunity to play a bigger and more meaningful role.”

The Lions announced a number of changes last month‚ which included the appointment of Enoch Nkwe as coach to replace Geoffrey Toyana and the arrival of new players like Migael Pretorius‚ Kagiso Rapulana‚ Malusi Siboto and Ryan Rickleton.