Who beyond the usual suspects might crack the nod for the World Cup? 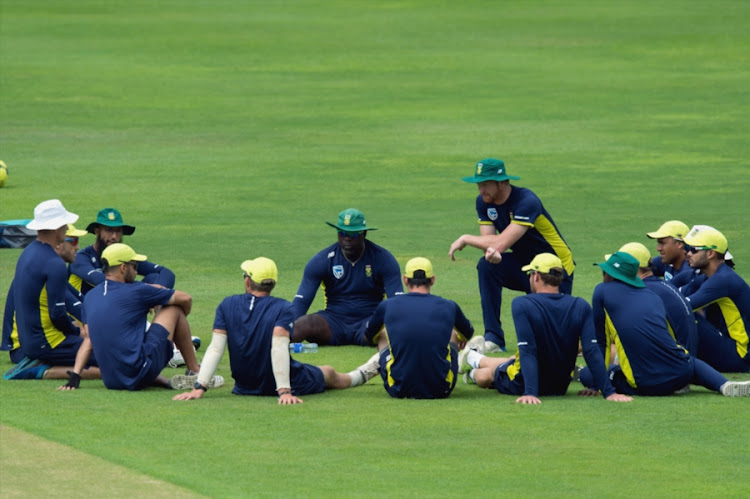 Asked in Colombo this weekday how many names he had on his mental list some eight months before the tournament‚ South Africa coach Gibson said: “Right now it would be 10 spots out of 15.”

But there’s a catch. Some or even all of those five spots could be taken by players who went to Sri Lanka with questions hanging and strengthened their case.

Players like Reeza Hendricks‚ who scored a century on debut in the third one-day international‚ and Tabraiz Shamsi‚ who was second in the averages among South Africa’s bowlers for the series and led the economy rates for both teams.

So‚ if the selectors are going to look outside of the ODI squad that went to Sri Lanka‚ the bulk of whom presumably will play in South Africa’s series against Zimbabwe‚ Australia‚ Pakistan and Sri Lanka in coming rubbers‚ who might they focus on when the franchise season gets going?

The closest we can get to an objective answer is to consult the South African Cricketers’ Association’s Most Valuable Player chart from last summer.

Jon-Jon Smuts topped the list followed by Senuran Muthusamy‚ Simon Harmer‚ Colin Ackerman and Shamsi‚ but neither Harmer nor Ackerman are eligible for selection.

Not that the MVP ladder should be considered gospel. JP Duminy‚ who was resurgent in Sri Lanka‚ was 19th: lower than Heinrich Klaasen‚ Farhaan Behardien‚ Robbie Frylinck‚ Wiaan Mulder‚ Rudi Second and Sarel Erwee.

Come to think of it all vacancies in the World Cup squad could be filled by the names immediately above.

Convenor Linda Zondi and his panel have a complex for months ahead of them but there is reassurance in the fact that they haven’t got a lot wrong during their tenure.

But anyone who thinks he wants to put his hand up from the fringes would do well to consider how even someone as successful as AB de Villiers views playing at international level.

“It’s been unbearable at times: the pressure you have to face‚ performing day in and day out‚” De Villiers was quoted as saying in an interview published by UK online newspaper The Independent on Thursday.

“The expectations that you put on yourself‚ from fans‚ from the country‚ from coaches. It is huge‚ and it’s something that’s on your mind all the time as a cricketer.

“And it’s definitely something that I’m not going to miss. I’m very happy to have stepped away. Absolutely no regrets.

“I was prepared to embrace it‚ to fight the pressure. And I’m happy that I did. But it certainly takes its toll after a while.

“I feel there is room for players to be more honest about it‚ having systems in place to make sure they keep fresh and mentally healthy.

“I was certainly not mentally ill at the time but I can relate to the fact that pressure can really drive you down and make you so tired.”

Be careful‚ World Cup hopefuls‚ what you wish for.

Cricket South Africa’s (CSA) apparent attempts to defuse the growing anger of some of their T20 franchise owners have backfired.
Sport
3 years ago