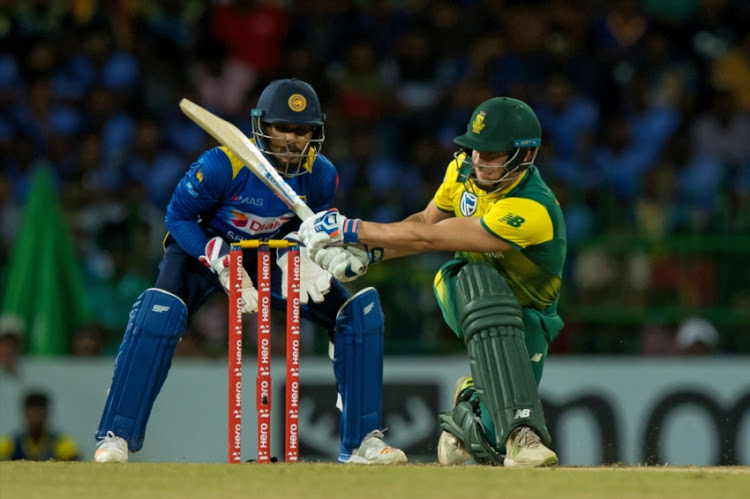 David Miller of South Africa playing a shot during the one off T20 International between Sri Lanka and South Africa at R. Premadasa Stadium on August 14, 2018 in Colombo, Sri Lanka.
Image: Sameera Peiris/Gallo Images

What might have been a fine Test career ended without starting on Tuesday when David Miller hung up his whites.

Or‚ in the cryptic words of a Cricket South Africa (CSA) release‚ he “announced he will indefinitely be unavailable to play first-class cricket in South Africa”.

“Indefinitely” could be rescinded whenever Miller feels like it‚ while “in South Africa” will catch the eye of county and Sheffield Shield sides.

That Miller will be free during northern as well southern summers will make him one of the most marketable players around who‚ at 29‚ still has a lot to give.

“I have always loved playing red-ball cricket but I have decided that I would‚ in future‚ like to concentrate on white-ball cricket to make sure that I am in a position to give myself the best opportunity to play for the Proteas in the format that I love‚” Miller was quoted as saying.

He has played 109 one-day internationals and 61 T20s for South Africa‚ but has never appeared in a Test XI.

Why not‚ given that he is blessed with a technique as uncomplicated as it is sound — a hitter‚ but a straight hitter — and is a gun fielder into the bargain?

Test cricket had someone like JP Duminy not got in his way.

Thing is‚ in a dozen seasons of first-class cricket Miller has averaged more than 40 only four times.

In his 29 seasons as a first-class player Duminy has averaged above 40 16 times.

Those numbers won’t resolve Miller fans’ frustration at what they might perceive as a lack of gametime: only once in those 12 first-class seasons has he played more than 10 games.

They should calm down. Duminy has also got into double figures just once in a career almost twice as long as Miller’s.

But it seems we will all die wondering what Miller would have wrought had he been unleashed at the highest level and backed for a decent run of games.

“It is disappointing to lose David from our pool of potential Test players‚” the release quoted CSA chief executive Thabang More as saying.

“At the age of 29 he still has many years of good cricket left in him in all formats but at the same time we have to understand that he wants to throw his full weight into helping the Proteas to win the World Cup.

“He has time on his hands to resume his first-class career in due course and I sincerely hope that we have not seen the last of him in red-ball cricket where he has shown his undeniable talents in the past.”

This is a rare moment. It isn’t often‚ particularly these days‚ that all heads will nod in agreement with the suits’ sentiments.