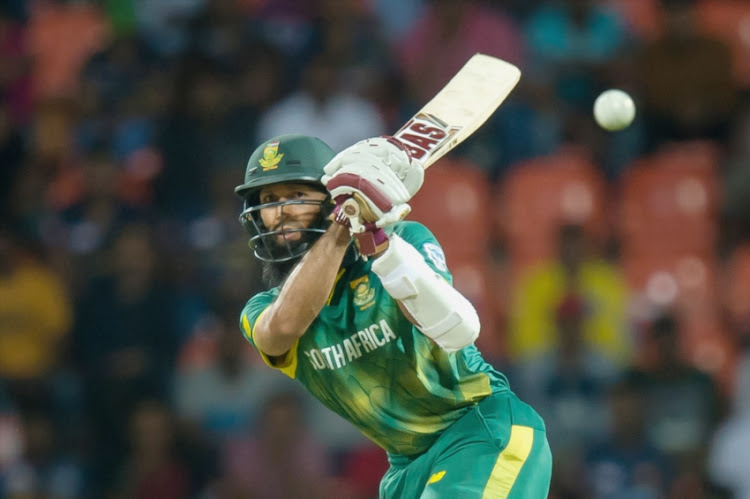 What does it tell someone who once batted for more than 13 hours against one of the best attacks in the game that he can’t stay at the crease for not quite 35 balls in any of six innings facing some of the most ordinary bowling he would have seen in his almost 19 years as a senior player?

That he is in a slump?

That he is past it?

That we can’t compare the seriousness of batting in a Test with the silliness of taking guard in a slew of T20s?

Those 13 hours comprise the innings of his life — the undefeated 311 he made at The Oval in July 2012‚ still the only triple century scored for South Africa.

And a far cry from the 72 runs Amla has scraped and scratched together for the Barbados Tridents in this year’s Caribbean Premier League (CPL).

If there’s anything we can glean from all that it’s that playing in the CPL isn’t helping Amla emerge from the doldrums of not having scored a century in his last 34 innings for South Africa‚ whatever the format.

His best effort for the Tridents by Tuesday was the 34-ball 35 he made against the St Lucia Stars in Bridgetown on September 2.

Amla’s only other forays into double figures have been in innings of 14 and 15.

In the process he has been dismissed by people called Roshon Primus and Qais Ahmad.

Whoever they are‚ they aren’t a patch on James Anderson‚ Stuart Broad and Graeme Swann‚ the heart of England’s attack at The Oval six years ago.

Along with things‚ players change. Amla’s greatness hasn’t been in question for a long time‚ and it isn’t now.

But‚ perhaps because of the heights he has reached‚ it is starkly obvious that he isn’t the player he used to be.

Just as true is that South Africa need him‚ even as a diminishing presence.

Think of their chances at next year’s World Cup with Amla still in the side.

And then think how the team would fare without him.

The difference between those two thoughts tells us plenty.