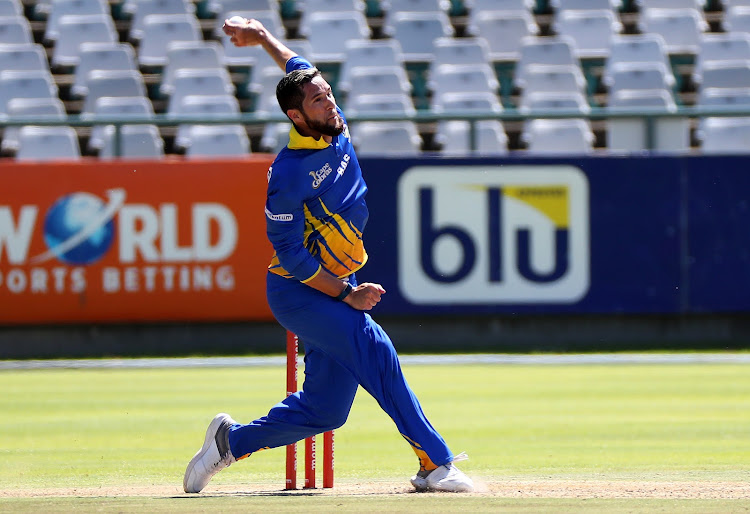 Wayne Parnell of the Cape Cobras bowls during the Momentum One Day Cup match against the Titans at Newlands Cricket Ground in Cape Town on January 12 2018.
Image: Chris Ricco/BackpagePix

Wayne Parnell’s decision to sign a Kolpak deal seems to have hit a nerve with administrators.

News that the allrounder had inked a three-year deal with Worcestershire broke last week‚ days after he had helped the county win the T20 competition as an overseas player who remained available for selection by South Africa.

Kolpak changes that: while Parnell plays under those terms he cannot be picked for international matches.

Perhaps because he is black‚ maybe because he arrived as a shimmering talent that he never quite fulfilled in an international shirt‚ possibly because he should have been the obvious success of Cricket South Africa’s (CSA) development efforts‚ Parnell’s defection appears to be more difficult than others for the administrators to accept.

In a statement issued by the Cobras on Tuesday‚ chief executive Nabeal Dien was quoted as saying that the franchise had “unanimously decided to discontinue” Parnell’s contract.

“It was a tough decision as he was a senior and successful member of the Cobras squad in the past‚ winning four awards at the Cobras player awards in 2015-16. He was voted Player of the Year at that awards ceremony.

“But his decision to sign Kolpak and also to participate in the Afghanistan Premier League has made him available for the Cobras for a very limited period‚ while he would also not be available for international selection in future.

“We pride ourselves in being a conveyor belt for international South African players and it’s part and parcel of our mandate.”

The Cobras’ strong feelings on Parnell were echoed at national level.

“We are concerned about the amount of players who have signed a Kolpak agreement‚ which makes them unavailable for national selection‚” the statement quoted Corrie van Zyl‚ CSA’s general manager for cricket‚ as saying.

“Although the experience of the Kolpak players is valuable‚ CSA needs to ensure that those players who are still committed to playing for the Proteas in the future are afforded the opportunities to develop.

“Every player who turns Kolpak is one less that can be eligible for the South African team and therefore CSA needs to look at ways to protect itself against the loss of experienced and younger players.

“Our mandate is to produce players at domestic level who will represent South Africa.”

Van Zyl explained it was up to franchises to pay the two Kolpak players they are allowed to field in their XI‚ whereasthose who are contracted by CSA are not on the franchises’ books.

No doubt that was a factor in the Cobras effectively sacking Parnell‚ who played six first-class matches‚ 14 list A games and 19 T20s for them along with his six Tests‚ 65 one-day internationals and 40 T20 internationals.

It seems an age ago that he played two three-day matches and 11 one-day games for South Africa’s under-19 side‚ and led them to the 2008 World Cup final.

We don’t see Parnell’s like — a genuine left-handed allrounder — often‚ but we see players of his quality even more rarely.

That he is the seventh black player and the 27th South African overall in the past 11 years to turn his back on all that is cause for the suits to think long and hard about what they keep getting wrong.

Blaming the easy availability‚ to some players‚ of Kolpak contracts is not the answer.