So far‚ so good as CSA moves towards T20 goal 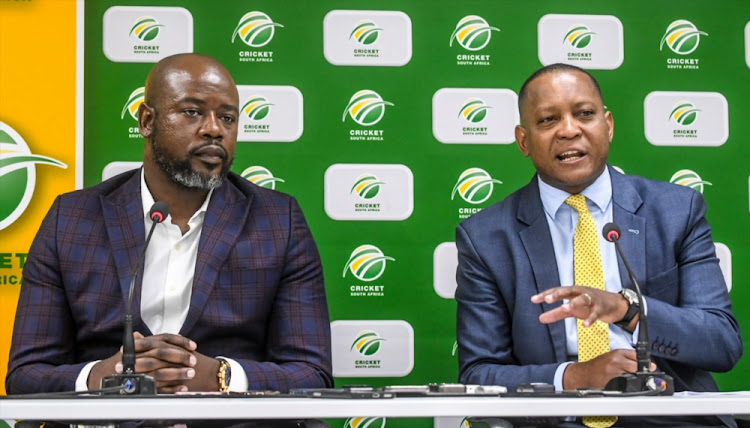 There has been plenty of reason to doubt Cricket South Africa’s (CSA) ability to deliver the T20 tournament they have promised the country’s cricket-minded public this summer.

But even the hardest-hearted cynic would have to admit their plan seems to be coming together.

As recently as lunchtime on Thursday neither the competition’s name‚ its franchises‚ its venues nor any of the likely players’ names were known.

By that afternoon the grounds were announced‚ followed just more than 24 hours later by the event’s title — the Mzansi Super League (MSL).

On Monday afternoon we knew that the MSL would involve the Cape Town Blitz‚ the Durban Heat‚ the Jozi Stars‚ the Nelson Mandela Bay Giants‚ the Paarl Rocks and the Tshwane Spartans.

We also knew the names of the marquee South Africa players — Faf du Plessis‚ AB de Villiers‚ Hashim Amla‚ JP Duminy‚ Kagiso Rabada and Imran Tahir — and that they would be in the colours of Paarl‚ Tshwane‚ Durban‚ Cape Town‚ Jozi and Nelson Mandela Bay respectively.

And that the major foreign players in Wednesday’s draft in Johannesburg will be Eoin Morgan‚ Jason Roy‚ Dawid Malan‚ Chris Gayle‚ Dwayne Bravo and Rashid Khan.

Not bad for a tournament that’s giving its broadcast rights to the SABC for no fee and‚ TimesLIVE understands‚ has tried but failed to secure Chinese electronics giant Huawei as a title sponsor.

Cricket SA reveal venues for T20 league with no name

Cricket South Africa (CSA) have yet to announce sponsors‚ teams‚ players or fixtures for their new T20 competition‚ which remains unnamed‚ but on ...
Sport
3 years ago

Other obstacles remain‚ not least that all six foreigners named on Monday — along with the bulk of the world’s more notable T20 player fodder — are on the books of franchises in the T10 tournament set to be played in Sharjah from November 23 to December 2.

Then there’s the significant but apparently ignored truth that Gayle is an unrepentant misogynist whose crassly cringeworthy attempt‚ live on air in January 2016‚ to ask a television interviewer out on a date has made him unemployable in Australia’s Big Bash League.

So the wrongheaded description of the Jamaican as a “T20 living legend” on CSA’s Twitter feed on Monday jarred with the kind of tone-deaf clumsiness that has fuelled the #MeToo movement.

But CSA chief executive Thabang Moroe’s positivity shone out from a CSA release on Monday.

“We have received applications from over 200 top international players who expressed interest in playing in this inaugural tournament and will have their names in the hat ahead of the player draft process on Wednesday‚” Moroe was quoted as saying.

“There were expected challenges in the process‚ of course‚ with some players available for a particular period because of other cricket commitment clashes elsewhere‚ including our Proteas‚ who also have to fulfill our tour to Australia for a one-day international series [which ends on November 17].”

A lot remains to be done for CSA to make good on their ambition to bring the big top T20 circus to a ground near you‚ or at least within a day’s driving.

But a lot has been done; more‚ probably‚ than was thought possible‚ never mind probable.