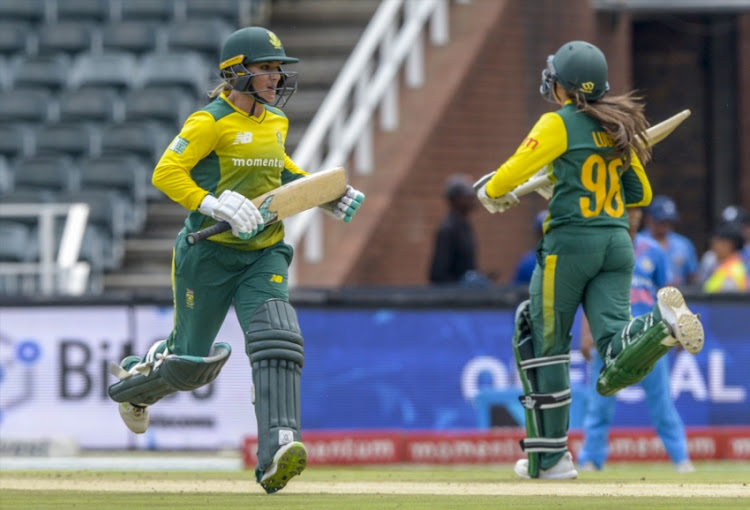 While the Proteas Women’s side were on the receiving end of a 46-run defeat against Australia in their final Women’s World T20 warm-up game in Guyana on Tuesday‚ all-rounder Sune Luus was still a hive of optimism.

They could only manage 84/9 in their allotted overs with Luus making 11 from 22 balls while Chloe Tryon top-scored with 14 from 10.

While the tournament starts on Friday‚ South Africa will be in action on Tuesday morning South Africa time when they face Sri Lanka at the Darren Sammy National Cricket Stadium in St Lucia.

Luus said they believed they can still win the tournament provided all their cricketing elements came together at the right time.

“Without a doubt‚ we can still win this tournament. We’ve seen with our bowling that we can restrict any team to a reasonable total‚” Luus said.

“If the batters come to the party‚ then that shouldn’t be a problem. It’s not going to be easy but the Sri Lanka game should be a good game.

“We’ve got the firepower and the experience and if we come to the party‚ we should be OK.”

While Australia’s known cricketing strength shouldn’t be faulted‚ South Africa bowled well to limit them to what was a get-able total.

South Africa had them under pressure at 38/4 after 11 overs but Meg Lanning’s unbeaten 65 proved to be the difference between the sides.

Luus said SA were good in the field and their support bowling is also coming to the party.

“We have our ups and downs with the fielding but I think in the Australia game‚ it was a really good day for us‚” she said.

“Also the bowling is one of our best areas and I’m glad to see that everyone is pulling their weight with the bowling.

“We had a problem in the past where the bowlers couldn’t always sustain the pressure that the opening bowlers put up. It’s something that really worked in this game.”