Aussies getting 'back on track', says Dan Christian ahead of Mzansi Super League opener 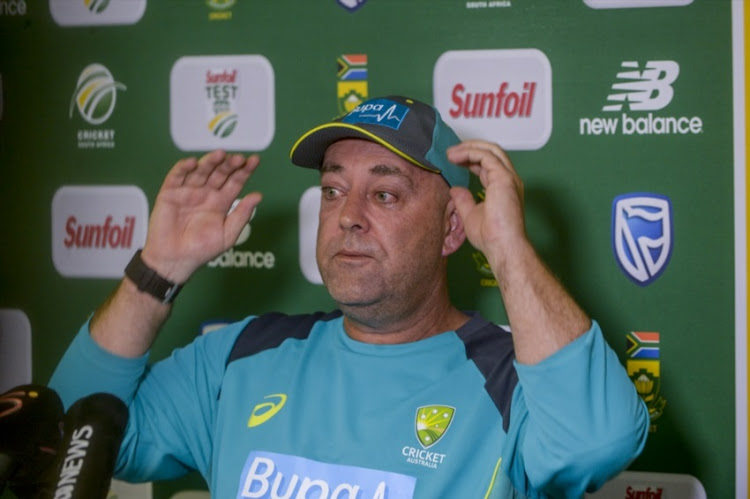 Despite a ball tampering scandal and the resignations and suspensions of key individuals (including coach Darren Lehmann, pictured here, who resigned in March 2018), Australian all-rounder Daniel Christian says the national team is getting back on track.
Image: Sydney Seshibedi/Gallo Images

However, being part of the cricketing establishment meant the felt and understood the fallout from a South African tour that will be spoken about for years to come for all the wrong reasons.

Christian, one of a handful of elite Australian cricketers of Aboriginal descent, will be turning out for the Jozi Stars in the Mzansi Super League, which starts on Friday in Cape Town.

Christian, who played the last of his 35 limited overs internationals for Australia in India last year, said their national team was slowly getting back on the right track.

Australia's men's national team not only lost the Test series against South Africa 3-1, but lost a host of limited overs internationals in what has been a difficult 2018.

The Tshwane Spartans have appointed batsman AB de Villiers as captain for the first edition of the Mzansi Super League which starts on Friday in Cape ...
Sport
3 years ago

In the aftermath of the ball tampering incident that took place during the third Test of the South African series, coach Darren Lehmann, chief executive James Sutherland, chairman David Peever and high performance manager Pat Howard have all resigned.

David Warner, Steven Smith and Cameron Bancroft are all serving suspensions for their role in the saga.

“It certainly looks like the Australian team is back on the right track again. When they played against Pakistan, they played a wonderful brand of cricket and they were very competitive despite missing a couple of their best players,” Christian said.

“The series they just had against South Africa was a fantastic one and it was close in the third game. The team looks like it's on the right track.

“Before I came here, the public was getting behind the team and that was probably the hardest thing that happened in the aftermath of what took place here in South Africa. The public was really down on the national team. A lot has been said about the board and there have been a few resignations. I think everything is going in the right direction and hopefully the team will start looking after about itself.”

At 35, Christian is well versed in the art of playing in various T20 leagues.

The fact he's not playing first-class cricket in Australia has also allowed him to be available for the Jozi Stars.

Christian said there'll always be pressure on overseas players to perform, regardless of the stature of the league.

“The pressure is generally the same because you're seen as a hired gun for a want of a better phrase. You're coming in to do a job or a role, whether it be batting or bowling. That's what's expected of me and that's what I'm here to do,” Christian said.

Former Proteas top order batsman Rilee Rossouw has admitted that he misses playing for South Africa but doesn’t regret his decision to take up a ...
Sport
3 years ago

Cricket South Africa (CSA) head of commercial Clive Eksteen has said that it will be unfair to expect the Mzansi Super League to break even ...
Sport
3 years ago

Cricket South Africa (CSA) on Tuesday finally unveiled the Mzansi Super League trophy that the six teams will be fighting for from next week Friday’s ...
Sport
3 years ago