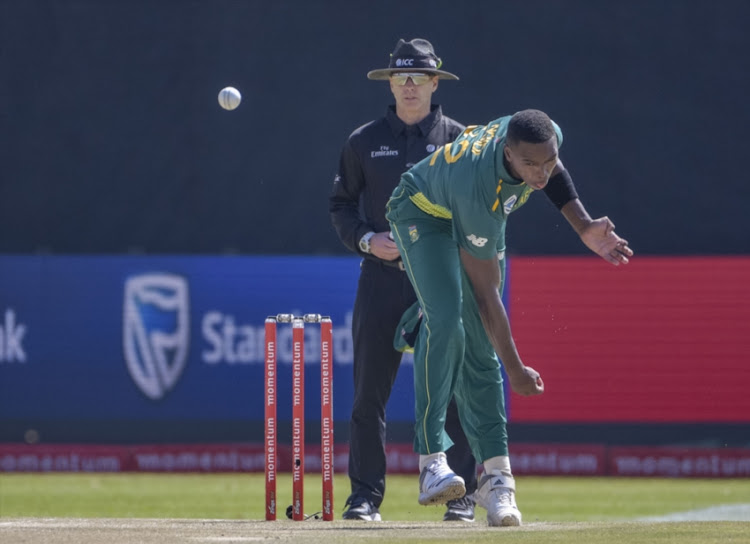 The fast bowler has been ruled out for at least three months‚ which means the best-case scenario is that he will return near the end of February.

With a bit of luck and a lot of rehab Ngidi could be back for South Africa’s five-match series against Sri Lanka in March — their last one-day engagement before they play the opening game of the World Cup against England at The Oval on May 30.

But he will miss the five ODIs against Pakistan in January‚ which would be a better test of his form.

“Lungi fell awkwardly while fielding during the T20I against Australia [on] Sunday‚” South Africa team manager Mohammed Moosajee was quoted as saying in a Cricket South Africa release on Friday.

“He underwent investigations and further assessments with knee specialists upon his return to South Africa‚ which revealed a significant ligament injury to the right knee.

“Due to the significant nature of the injury he will require a minimum of 12 weeks of rest and rehabilitation to make a successful return to play.”

It takes a lot to make an impression in a place as thick with quality fast bowlers as South Africa‚ but Ngidi has proved he belongs in his four Tests‚ 13 ODIs and seven T20s.

He is central to the old-fashioned‚ still effective South African method of taking the game to opponents with the help of booming fast bowling‚ and no doubt held one of the “12 or 13” places Faf du Plessis said on Monday had been all but nailed down in the World Cup squad.

Ngidi’s injury pries one of those nails loose but there is time to hammer it home again.