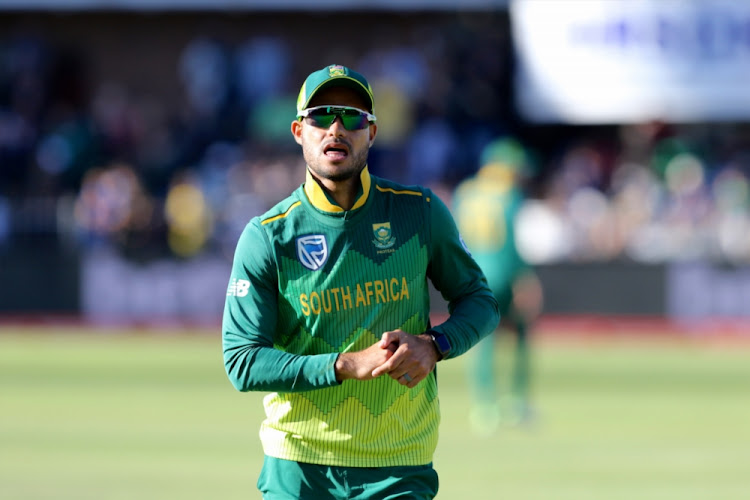 Reeza Hendricks of South Africa tends to an injury during the first ODI against Pakistan at St Georges Park on January 19 2019 in Port Elizabeth, South Africa.
Image: Richard Huggard/Gallo Images

Reeza Hendricks spoke of South Africa’s need to “improve” and “bounce back” twice in his press conference in Durban on Monday‚ and he was right both times.

Despite losing only two wickets they totalled just 266 in the first match of their one-day series against Pakistan at St George’s Park on Saturday.

Pakistan added a victory‚ by five wickets‚ to their record at a ground where they have not lost any of their five ODIs.

So it’s concerning that Hendricks gave the impression that South Africa’s batters thought they had done their job well enough: “In our minds we thought it would be a good score. We thought we had gone about it the right way.”

Closer to the truth was that conditions were challenging and the visitors bowled well‚ which to be fair to him Hendricks also highlighted.

Tuesday’s second match will be played at Kingsmead‚ another slowish pitch where the Pakistanis won five of their eight ODIs — including four out of six against South Africa.

“Tomorrow will be a big game for us‚” Hendricks said. “We’re definitely looking to improve and bounce back from our last game in PE.

“We know Pakistan are a good one-day outfit — they proved it be beating us in PE.”

With the World Cup now just nine ODIs and little more than four months away‚ everything South Africa do is part of a bigger picture.

So it could complicate Hendricks’ plans for the next few months if rivals like Van der Dussen are able to stake their claim while he’s watching from the dressingroom.

But‚ nice young man that he is‚ Hendricks said he knew he was part of a dressingroom striving for a greater good.

“If I don’t get selected I know the player next to me and the guys that are going will do the job and I’ll back them 100%.”

Of course. But he’ll grab the chance to make some runs at Kingsmead on Tuesday to remind the selectors that they need to consider all their options before naming their World Cup squad.

When Rassie van der Dussen reached 90 at St George’s Park on Saturday he was the fourth South Africa player to forge that close to a century in his ...
Sport
2 years ago

Can SA find a way to counter-attack Pakistan’s spinners in Durban?

South Africa will need to find a way to counter-attack Pakistan’s spinners if they are to level the one-day international series when teams meet in ...
Sport
2 years ago