Kingsmead could be Lankans' best weapon as SA ponder selection 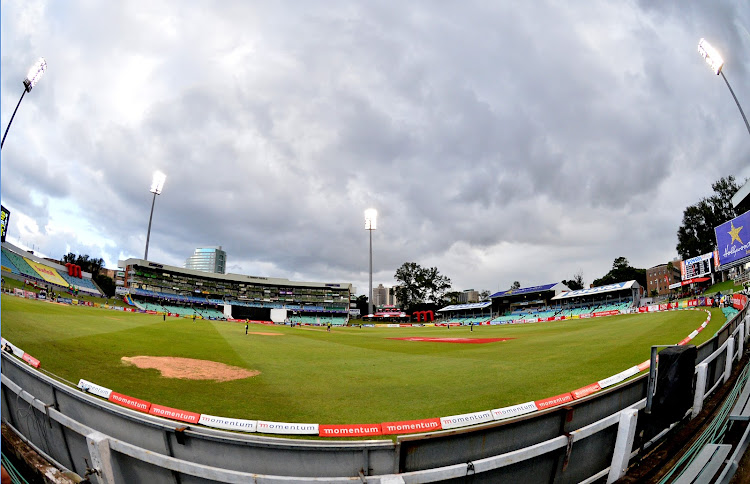 A general view of the Kingsmead Stadium.
Image: Samuel Shivambu/BackpagePix

South Africa are so confident of beating Sri Lanka they have handed the visitors the best chance to turn the narrative in their favour.

That’s what it means to play the first Test at Kingsmead‚ the only ground in SA where the Lankans have won‚ and where the South Africans have their worst record on home soil.

But such is the sorry state in which the Lankans have arrived that it is difficult to imagine them playing anything like competitive cricket in the series‚ which starts on Wednesday.

The South Africans face tough choices‚ all of them rooted in positivity.

They will welcome back Keshav Maharaj‚ who was left out for two of the three Tests of a series against Pakistan that was played on seaming pitches. But that means re-balancing a team who beat Pakistan 3-0.

The Lankans face a significantly less rosy prospect — to find a way to not be humiliated despite turning up with a new captain‚ a new selection committee who have sharply different ideas and have picked four uncapped players in the squad‚ and an International Cricket Council fixing investigation taking a hard look at their affairs.

Time on the sidelines helps Zubayr Hamza climb the stairs

Oh happy day: December 6‚ when Zubayr Hamza was named in South Africa’s squad for their Test series against Pakistan.
Sport
2 years ago

Not only are they without the axed Dinesh Chandimal‚ they also don’t have Angelo Mathews or Dilruwan Perera — nor have they won any of the last dozen games they have played across all formats‚ only one of them drawn.

“It’s not easy when you’re playing cricket and there’s other things coming from outside‚” their captain‚ Dimuth Karunaratne‚ told reporters in Durban on Tuesday.

“We’re trying to focus on the game.”

Faf du Plessis told reporters at his press conference he had taken notice of what was happening in his opponents’ backyard: “Possibly their breaking point will be a little bit sooner because of all the stuff that’s happening away from the game.”

But Sri Lanka still have Kingsmead‚ where Rangana Herath took 9/128 in December 2011 to seal victory by 208 runs‚ a hiding completed midway through the third session on the fourth day.

After 13 Tests in SA‚ only one of which was drawn — also at Kingsmead‚ in December 2000‚ and thanks to the equivalent of five sessions being lost to bad light and rain — that triumph eight years ago remains their sole success in the country.

The plot around Ottis Gibson’s possible return to England is thickening‚ what with one of his former charges there voicing dressingroom support for ...
Sport
2 years ago

Since readmission SA have won only nine of their 24 Tests at Kingsmead‚ a success rate of 37.5%. They have also played 24 Tests at their fortress‚ Centurion — and won 19.

The eight Kingsmead Tests SA have lost since 1991 is twice as many as their number of defeats at Newlands‚ where they have played nine more matches than in Durban.

Before readmission the mention of Kingsmead would rattle batters’ teeth in their mouths.

It was a place of booming bounce and sniping swing where gods called Peter Heine‚ Neil Adcock and Mike Procter lay waiting in ambush.

That things had changed was evident from the first Test played in SA in the new era‚ against India in Durban in November 1992.

In none of the three innings was the run-rate higher than 2.45‚ only 23 wickets fell‚ and more than four sessions were lost to the weather.

But a plan has been made to deal with some of that challenge this time.

Sri Lanka are accustomed to overseas batting struggles, but their mountain will be that much higher without their two best batsmen in Angelo Mathews ...
Sport
2 years ago

“They’ve been struggling with pace the last season-and-a-half — in the one-dayers it was really slow when we played here — so they prepared another pitch with‚ probably‚ more grass on it hoping it will have more pace.

“We hope that’s the case. But the last season-and-a-half tells me it’s not going to have a lot of pace. We’re expecting a little bit of movement but it will be slow.”

SA have played three matches at Kingsmead in the last 18 months‚ losing an ODI to India and a Test to Australia‚ and beating Pakistan in an ODI.

Conditions there have thrown into sharp relief the green‚ seaming pitches seen more often than not in the rest of the country; not least because SA have hosted three subcontinent sides since last January.

“In a perfect world‚ when you’re playing against a subcontinent team‚ with the firepower we have in our seam attack‚ you’d like to have the option of going in with four seamers‚” Du Plessis said.

Andile Phehlukwayo on why he enjoys bowling at the death

It’s not often that a bowler says they enjoy bowling at the death but Andile Phehlukwayo is a different breed.
Sport
2 years ago

“But the history tells me you need a spinner [at Kingsmead].

“We’ve had India‚ Pakistan and now Sri Lanka‚ and when you play the subcontinent teams you want to try and expose them with your pace.”

What did Du Plessis think of fiddling with the number of batters?

“That’s one option. Another option would be to go in with Wiaan Mulder as a No. 7 and your fourth seamer.”

But Maharaj is set to play: “It’s been harsh on ‘Kesh’ because he’s done nothing wrong.”

Whether the left-arm spinner will get the chance to make the most his return seems less certain.

Rain has been forecast for Durban on all of the next five days‚ from a 20% chance to 80%.