Duminy‚ Markram‚ Amla back‚ but no room for Hendricks‚ Mulder 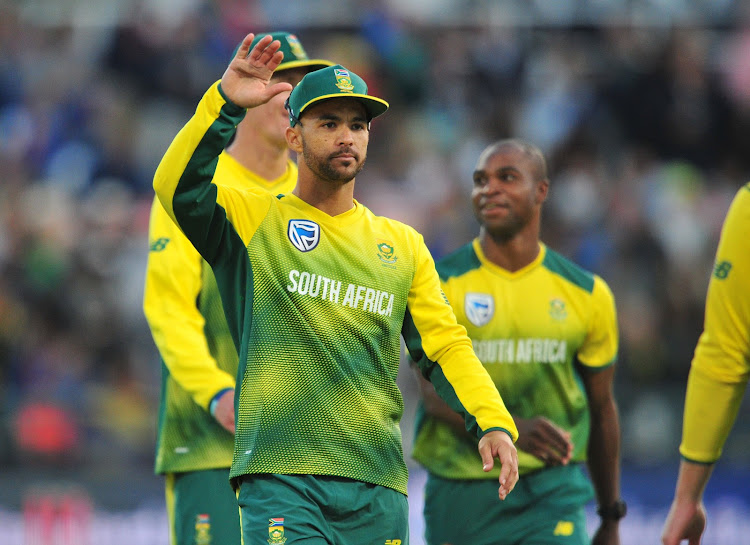 JP Duminy is expected to retire from international cricket after the Cricket World Cup later this year.
Image: Ryan Wilkisky/BackpagePix

JP Duminy is in line to play for South Africa for the first time in five months after being included in the squad for the last two one-day internationals against Sri Lanka this week.

There was no room for Reeza Hendricks nor Wiaan Mulder‚ but Aiden Markram and Hashim Amla are back in the mix in the selectors’ last chance to tinker before they name the World Cup squad.

“We will use the final two matches in the ODI series to continue to examine all the options that are available to us as far as the World Cup squad is concerned‚” a Cricket South Africa release quoted selection convenor Linda Zondi as saying.

Veteran left-hander Duminy‚ who could be an important part of South Africa’s plan for the tournament‚ was out of action from October until this month with a shoulder injury that required surgery.

'Struggling' Rabada's workload should be a worry for SA

Only a dozen bowlers in cricket history have reached 100 wickets in one-day internationals faster than Kagiso Rabada, but South Africa’s pace ace is ...
Sport
3 years ago

He returned for the Cobras in a one-day game against the Titans at Newlands on March 1‚ but gloved the second ball he faced down the leg side and was caught behind.

Duminy made up for that lost opportunity by scoring 62 against the Lions at the Wanderers six days later‚ and 74 not out against the Dolphins in Pietermaritzburg on Saturday.

Markram was left out of the squad picked for the first three games against the Lankans‚ and used the chance to score 169‚ 139 and 85 for the Titans.

Amla‚ who is dealing with a family priority‚ was also omitted and scored 10 in his only match for the Cobras.

“What has also been highly encouraging is see how well the Proteas have played when they have returned to franchise cricket‚” Zondi was quoted as saying.

Just days ago Quinton de Kock lamented not turning sturdy scores into centuries in recent innings, but he remedied the situation emphatically at ...
Sport
3 years ago

Hendricks‚ who made 102 on debut against Sri Lanka in Pallekele in August‚ mustered only 34 in his three innings in the current series.

Allrounder Mulder played in two of those games‚ scoring 17 in his only innings and went wicketless for 33 from six overs.

The series against Sri Lanka ends with matches at St George’s Park on Wednesday and Newlands on Saturday.