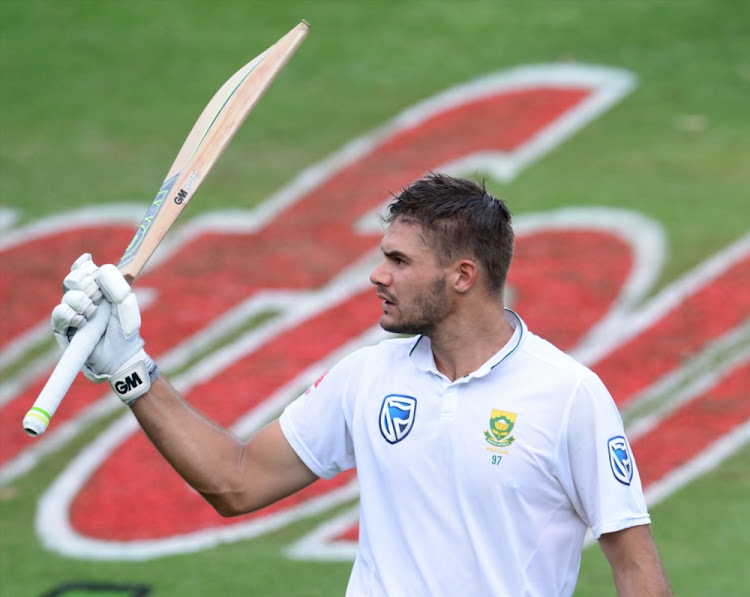 Aiden Markram will link up with the English county side in April.
Image: Lee Warren/Gallo Images

The news that Aiden Markram has signed for Hampshire will shock cricket-minded South Africans‚ but it’s not what it looks like.

Unlike Kyle Abbott and Rilee Rossouw‚ who turned their backs on international cricket by taking up Kolpak contracts to play for the same county‚ Markram is going as a temporary overseas professional and will thus soon be back in a South Africa shirt.

Even so‚ what’s between the lines won’t make for reassuring reading for South Africa supporters still sore about Duanne Olivier’s Kolpak defection to Yorkshire last month.

“[Markram] will arrive in time for the start of the county championship curtain-raiser against Essex [in Southampton on April 5]‚ and will feature in both domestic red-ball and white-ball competitions until early May‚” Hampshire said on their website on Friday.

So he remains in the mix for South Africa for the World Cup in England‚ which starts on May 30‚ and will have first-hand experience of the prevailing conditions to boot.

The young roadside cricketers who bowled over an SA legend

When cricket coach Gift Khuzwayo and cricket legend Pat Symcox saw one another across a dusty makeshift cricket pitch right next to the N2 where it ...
Sport
3 years ago

“He’s certainly a player that we’ve kept a close eye on for the last couple of years and he’s had a great start to his international career in that time — he’s one of the best young talents in the world at this stage in terms of top order batsmen‚” the site quoted Hampshire’s director of cricket‚ Giles White‚ as saying.

Markram has indeed made his own way‚ scoring four centuries and six 50s in his 31 Test innings.

But his good fortune could be construed as the upshot of Sri Lanka becoming the first Asian team to claim a Test series in South Africa‚ which they did by winning at Kingsmead and St George’s Park in February.

Dimuth Karunaratne‚ who led the Lankans to their famous victory having arrived in South Africa unheralded as Dinesh Chandimal’s replacement as captain‚ was to have been Hampshire’s overseas pro.

Faf du Plessis has a well-earned reputation as a daring captain who likes to push boundaries and it should not come as a surprise that it was his ...
Sport
3 years ago

Now Sri Lanka’s suits consider him much too vital to the national cause to disappear for a stint of county cricket‚ particularly so close to the World Cup.

There’s no need then‚ for South Africans to fall into the same kind of funk that followed the announcement of Olivier’s decision.

But there will be pangs of anxiety.

Clearly‚ Hampshire are in the market for Kolpak players. And it will ring alarm bells that they have “kept a close eye on” Markram “for the last couple of years”.

So they might well previously have tried to reel him in using a Kolpak lure‚ and there’s nothing to stop them doing so again — which would seem to be easier now that Markram will be in their dressingroom for several weeks‚ at least.

“[Markram’s] availability following this period will then be determined by his involvement in South Africa’s World Cup campaign‚ with the opportunity for Karunaratne to return in his place should the Sri Lankan captain’s playing commitments allow‚” the website said.

Hashim Amla saga harks back to past muddled thinking

If the agonising over Hashim Amla and the World Cup seems familiar‚ it should: South Africa have been shot in this movie before.
Sport
3 years ago

It also won’t help that Markram has good memories of Southampton‚ where he scored 102 not out for South Africa A in a first-class game in 2017.

“[Southampton] and its facilities are brilliant and I have always wanted to go back after touring there with South Africa A‚ so I am grateful for the opportunity‚” Markram was quoted as saying.