Fearless? Who us? England refuse to believe 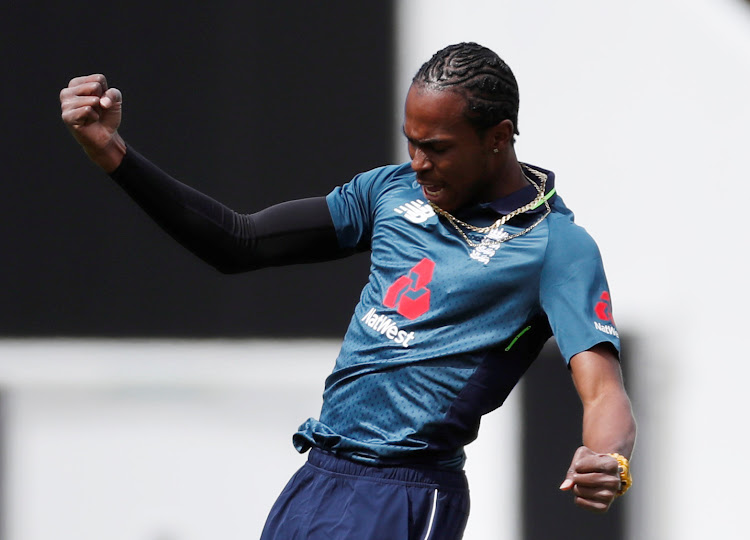 If you didn’t know better you might think Andrew Strauss had switched allegiance to the country of his birth ahead of the Cricket World Cup opener between England and South Africa at the Oval next Thursday.

Strauss played 100 Tests‚ 127 one-day internationals and four T20s for England‚ scoring 11,315 runs in all and captaining them 115 times‚ and serving as their director of cricket for three-and-a-half years after his retirement.

Thing is‚ he was born in Johannesburg and moved to England when he was six. So he doesn’t sound quite like a Joburg boykie.

But‚ on the BBC on Wednesday‚ Strauss said the kind of things your mates at Chaf-Pozi‚ the Jolly Roger‚ or somewhere on the Maboneng strip might say — or want to hear — when they ponder‚ over a beer‚ Faf’s okes’ chances of putting one over the poms.

Hashim Amla's attempt to force his way into the Proteas starting line-up for the Cricket World Cup opening match against England could decided by the ...
Sport
2 years ago

“We’ve never gone into a World Cup before being No. 1 in the world and it’s on our home soil and our record at home is very strong.

“We haven’t had the problem of dealing with the favourites tag before‚ so it’s a good problem to have in a lot of ways.”

Strauss did brighten up to say he had “great faith in [England captain] Eoin Morgan and the guys; they’ve done incredibly well over the last four years”.

But he also added his spadeful to the growing heap of pressure on his former team: “They’ll never have a better chance to win the World Cup; that’s a fact.

“ … The prospect of them winning a World Cup on home soil is so enticing. It could do such incredible things for the game in this country. Fingers crossed the lads will do the job.”

That comes in the wake of the nation getting itself into a tizz about whether or not to pick Barbados-born fast bowler Jofra Archer — they did — and agonising over the state of the pitches later in a tournament that will run through what is expected to be a hot‚ dry summer.

All of which is getting in the way of the truth that England deserve to be No. 1 because they have won seven of their nine completed one-day internationals this year.

Supremely confident India will be a threat as will resurgent Australia‚ and you can never disregard those flinty‚ canny New Zealanders.

South Africa will take a healthy dose of realism into the tournament‚ which could make them more dangerous than ever.

But England have won 20 of the 23 completed ODIs they’ve played at home in the past two years. They must be something close to fearless.

Morgan begged to differ: “I wouldn’t say that we feel fearless. Probably two years ago we felt more fearless because we were quite young in our growth as a team.

“We’ve had two more years’ experience on top of that and we are better at coping and adapting to scenarios and recognising different situations throughout a game. I wouldn’t say that’s fearless.”

Morgan spoke on Wednesday at the launch of the kit England will wear in the tournament‚ which looks not a little like the strip they sported at the 1992 World Cup.

That year they reached the final against a Pakistan team who had come back from the brink of elimination during the league stage.

Imran Khan’s side overcame that obstacle and prevailed in the final because they were what England aren’t: fearless.

Don’t take my word for it. Just ask Strauss or Morgan.