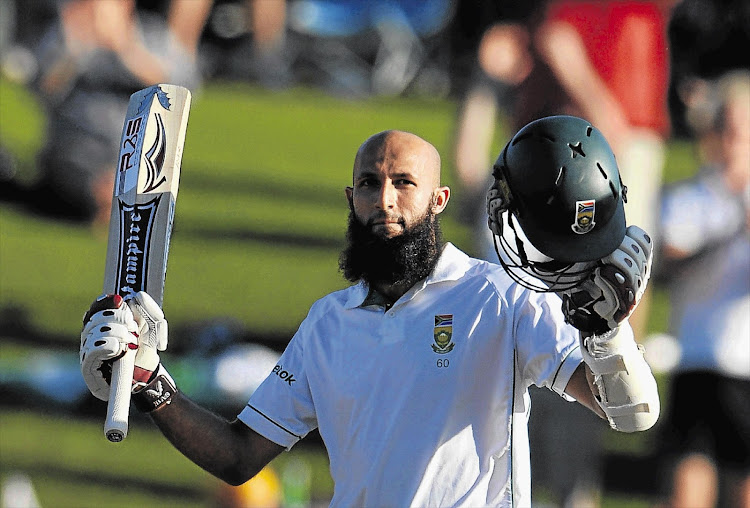 Hashim Amla, SA's No 3 for much of the past 13 years, will be a tough act to follow.
Image: DUIF DU TOIT/GALLO IMAGES

Hashim Amla wasn’t the player he has been for most of his career the previous time he was on a field with Dimuth Karunaratne.

That was in February‚ when Amla’s scores of 3‚ 16‚ 0 — his only first-baller in a Test — and 32 were important factors in Sri Lanka’s first series win in South Africa.

Karunaratne captained the Lankans to that triumph‚ and was at the helm again in Cardiff on Friday for a World Cup warm-up match between the teams.

This time Amla scored more runs than in all four of those Test innings at home. He also faced more than half the number of balls and batted for almost two thirds as long.

Importantly for South Africa’s World Cup campaign‚ he looked like Amla again — which mattered more than the bare facts of his 65 off 61 balls scored in 106 minutes at the crease.

In the February Tests‚ he made 51 runs in a minute short of three hours and having faced 118 deliveries.

“At that time he had a bad period‚ but now he’s working his areas and looking very good‚” Karunaratne said after Friday’s game.

“Those things happen in cricket; you have good days and bad days.

“But I think he’s recovered very well and he will get some runs at the World Cup.”

Faf du Plessis knew who he was dealing with: “It was important for Hashim to just get some time in the middle.

“Coming from [the franchise T20 tournament] where you had to try and get your back into scoring some runs‚ today was beautiful just to say see the way that ‘Hash’ plays — quietly killing the bowling attack.”

Amla has been doing exactly that for almost 15 years at international level‚ piling up 28 Test centuries and one fewer in one-day internationals.

It’s a long way back to that from a warm-up game in Cardiff watched largely by people who didn’t know who or what they were watching‚ but Amla has taken the first step.

“South Africa and Bangladesh‚” a teacher told a schoolchild who asked which teams were playing as they walked through Bute Park and along the Taff River towards the ground before the match started.

Summarily corrected‚ the teacher was then asked which countries were in this place called south Africa.

A country and a continent that gave cricket Hashim Amla‚ who kills them softly with his song.