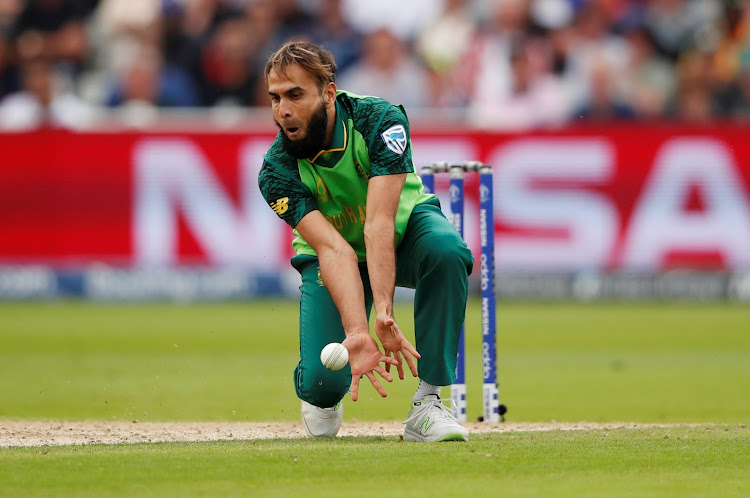 The 40-year old Tahir‚ who has made himself available for T20s‚ retired from ODIs after the disappointing Cricket World Cup in England having played 107 matches and taken 173 wickets.

He made his debut in 2011 against West Indies and his last match was the surprise win over Australia at the World Cup.

Zondi believes that he still has a lot to offer to the game because of his vast experience.

"I have been chatting to him with the view of coming back and assisting us‚ and passing on his vast knowledge‚” said Zondi.

The Proteas' disastrous Cricket World Cup campaign in England is expected to have a major influence on the composition of the squad that is to face ...
Sport
3 years ago

“He has done a very good job for us as a player and from our discussions I think he is keen to come on board.”

Some of the players who could benefit from his knowledge and guidance include Tabraiz Shamsi‚ Keshav Maharaj‚ Shaun von Berg‚ Dane Piedt‚ George Linde and Prenelan Subrayen.

If his schedule allows‚ Tahir could be involved during the ‘A’ tour of India where the South Africans are scheduled to play five ODIs under the leadership of Temba Bvuma.

They will also play two four-day matches against India under the leadership of Aiden Markram in August.

The Proteas also have a busy summer as they will tour India later in the year before returning home to host England and Australia as part of their preparations for the T20 World Cup.

'Miracle in Manchester', New Zealand in shock at win over India

New Zealand's victory over heavy favourites India in the Cricket World Cup semi-finals was as surprising to fans at home as it was to the thousands ...
Sport
3 years ago

Asked whether Tahir would make it to the T20 World Cup next year in Australia at the ripe age of 41‚ Zondi said it would boil down to his form.

“We need to have someone better for us to replace a senior guy like Immy and at the moment he has made himself available for the T20 World Cup‚" he said.

"As long as he is still performing in the manner that he is doing now‚ he will be considered.

“We have about 20 matches and I stand to be corrected on that before the T20 World Cup.

"The plan is to have the team that will be going to the World Cup finalised by the time we play the tenth game.”

Proteas team manager Mohamed Moosajee said the confirmation that AB de Villiers had made himself available for the World Cup just before the squad was announced back in May did not affect them negatively.

Ottis Gibson says he has unfinished business with the Proteas and does not want to leave his job as national cricket team coach.
Sport
3 years ago

The shocking revelation came at a time when the Proteas were struggling following three straight losses in the first week of the event.

“From the team’s space‚ I can say it with conviction that we had moved on since he retired and while this was playing out in the media it didn’t affect us‚" he said.

"AB has been a great servant for South Africa and you don’t replace a player like that overnight.

"When he retired‚ we respected his decision‚ especially after we came and chatted with him.

"From the team’s space‚ I can say it with conviction that we had moved on since he retired and while this was playing out in the media space didn’t affect us.”