Would SA have had a better Cricket World Cup with AB de Villiers? 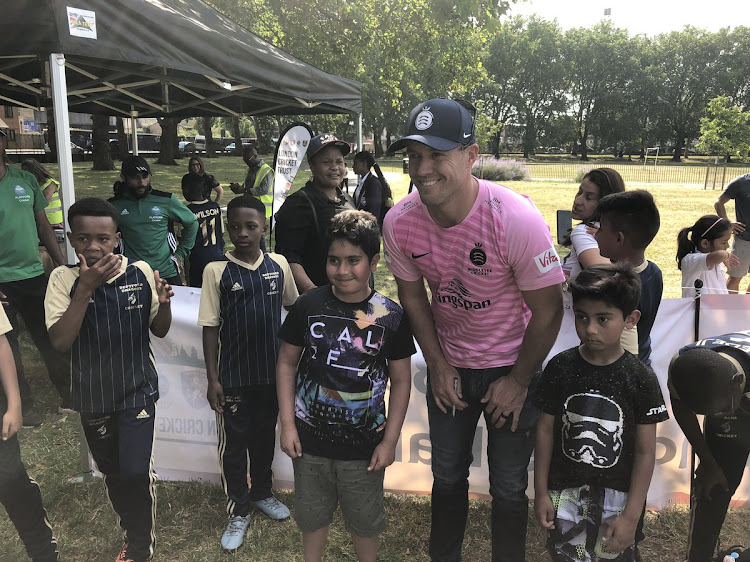 How different might South Africa’s men’s Cricket World Cup campaign have panned out had AB de Villiers been involved?

Nobody knows. Not even De Villiers.

“I’m still playing decent cricket‚ but things worked out the way they did and it’s in the past now and there’s no need to delve into it.

“I don’t know how to answer that question. It’s difficult. I loved playing for the Proteas. I enjoyed every second of it. But those days are over now.”

AB de Villiers has claimed to be the victim of a smear surrounding the revelation of his ill-timed offer of availability for South Africa’s men’s ...
Sport
3 years ago

De Villiers shocked the game globally when he announced his retirement from the international arena in May last year.

South Africa didn’t win any of the three World Cups in which he played.

But they delivered their worst performance yet in the tournament in England this time — crashing out of the running for the semi-finals with two league games still to play.

Worse‚ after South Africa lost their first three games‚ against England‚ Bangladesh and India‚ it emerged that De Villiers might have made a comeback.

Reportedly‚ ties weren’t severed completely when he quit‚ and two days before South Africa announced their squad he had a casual conversation with captain Faf du Plessis in which the possibility of a return was raised.

Now what? Where does cricket go now that it’s greatest match has been played?

It was the ricochet that did it‚ that tipped Sunday’s men’s Cricket World Cup final over the edge of reason and into Tarantino territory.
Sport
3 years ago

But by then De Villiers was no longer eligible for selection because he hadn’t played in South Africa’s one-day series at home last summer.

Still‚ the revelation that he could have been part of the squad piled more pressure on the faltering South Africans. Was he regretful about the way the saga unfolded?

“Regretful is a difficult way of explaining the whole thing‚” De Villiers said. “Obviously it didn’t work out the way it should have.

“It was supposed to have been a private conversation. It was very relaxed.

“I heard that there might be a bit of doubt with a couple of the batting positions and I literally just spoke to Faf‚ saying‚ ‘You know what‚ I’m playing alright at the moment at the IPL [Indian Premier League].

“If you’re interested I’ll put my hand up. If you’re not‚ no worries’.

“He said‚ ‘Give me a few minutes’. He spoke to [Ottis] Gibson. He spoke to some of the selectors; I guess — I’m not sure what he did after that.

“The call back was‚ ‘We’re fine’. I said‚ ‘All the best. I’ll be right behind you guys’. “That’s literally how the conversation went.”

De Villiers spoke at the opening of an artificial pitch at Deptford Park in south London‚ a project of the London Cricket Trust‚ which promotes the playing of the game in the city’s parks.

He is in England to play for Middlesex in the county T20 competition‚ and will likely feature in his first game against Essex at Lord’s on Thursday. He should see some familiar faces.

Awarding six overthrows in final over an 'error' by umpires, claims Taufel

England should have been awarded five runs instead of six in the final over of Sunday's Cricket World Cup title clash against New Zealand after a ...
Sport
3 years ago

England captain Eoin Morgan‚ who led England to World Cup glory in a pulsating final at Lord’s on Sunday‚ is part of Middlesex’s squad.

So is New Zealand’s Ross Taylor‚ who was on the other end of Sunday’s equation. But it seems Taylor’s has returned home.

“If I had to choose to play for a county it probably would have been Middlesex‚ or one of the other London counties.

“They’ve always been one of the teams I’ve had my eye on. And with the World Cup winning captain‚ as well.

“I’m looking forward to catching up with him and hearing all the stories from that incredible final.”

Rebuilding South Africa’s team successfully in the wake of their dismal men’s World Cup campaign will require the game to take a hard look at itself ...
Sport
3 years ago

Should De Villiers fancy a braai somewhere around the circuit‚ he won’t want for South African company.

Essex are captained by Simon Harmer and their squad includes Cameron Delport‚ Peter Siddle and Alastair Cook. Colin Ingram leads Glamorgan and Colin Ackerman is in charge at Leicestershire.

Chris Morris is playing for Hampshire‚ Dwaine Pretorius for Northamptonshire and Imran Tahir for Surrey.

The final is scheduled for Edgbaston on September 21.