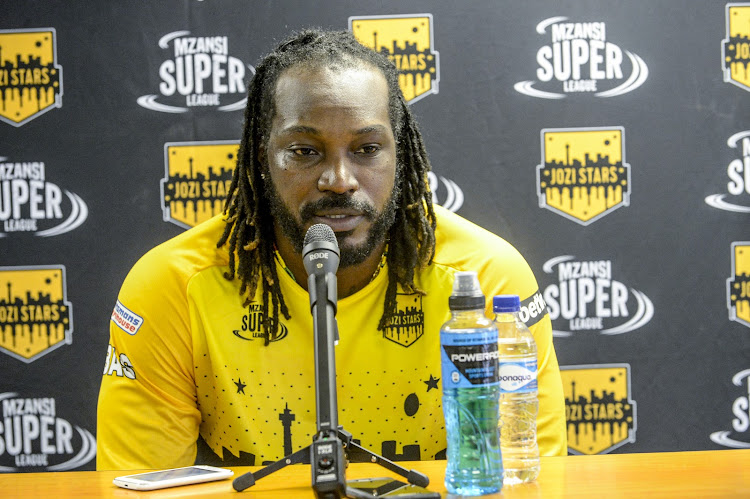 Chris Gayle will return for the second edition of the Mzansi Super League in November and December 2019 in the colours of the Jozi Stars.
Image: Sydney Seshibedi/Gallo Image

The Mzansi Super League (MSL) has lost most of the foreign “marquee” players who appeared in its first edition‚ but has hung on to most of their local counterparts.

Of the six foreigners who had the highest profile in last year’s tournament‚ only Chris Gayle and Jason Roy will return in November‚ according to a Cricket South Africa (CSA) release on Wednesday.

They will be joined by Wahab Riaz‚ Alex Hales‚ David Willey and Tom Curran.

The biggest loss is probably Khan‚ who is the leading T20 bowler in the world and was ninth among the wicket-takers and joint fourth in terms of the economy rate at the Indian Premier League (IPL).

Cricket is set to return to the Commonwealth Games after a 24-year absence with organisers confirming on Tuesday that the programme for Birmingham ...
Sport
1 year ago

It’s difficult to say whether this year’s intake represents a bigger drawcard than 2018’s‚ but of the six only Hales features in the top 10 international T20 batting‚ bowling and allrounder rankings.

Only Gayle was among the leading 10 runscorers at this year’s IPL‚ and none of the six made it onto that list wicket-takers or economical bowlers.

“Entertainment is going to be the name of the game and the quality of T20 cricket is assured with these players having become global household names on the circuit around the world with most of them having played in the world-leading IPL‚” the release quoted CSA chief executive Thabang Moroe as saying.

Andile Phehlukwayo is the lone representative in the world rankings at No. 9 on the bowling list‚ while Quinton de Kock was the third-highest runscorer at the IPL‚ where no-one took more wickets than Imran Tahir and Kagiso Rabada.

Andile Phehlukwayo will turn out for the Durban Heat in the second edition of the Mzansi Super League.
Image: Glyn KIRK / AFP

Phehlukwayo replaces Hashim Amla‚ who retired from international cricket last week‚ in the only change to the six South African headline MSL players.

The tournament is set to be played in November and December.