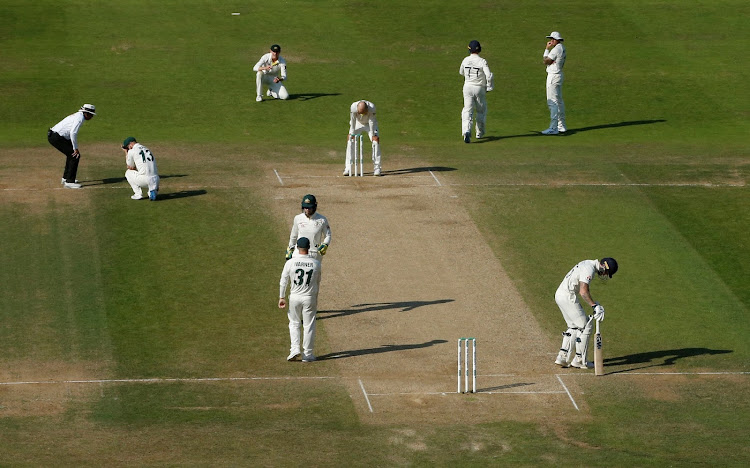 Australia's Nathan Lyon looks dejected after he dropped the ball at the wicket and England's Jack Leach ran back in action.
Image: Reuters/Andrew Boyers

An extraordinary 135 not out from Ben Stokes earned England an exciting one-wicket victory in the third Ashes test on Sunday to level the series against Australia at 1-1, with the home side chasing down a record target of 359 in dramatic fashion.

Starting the day looking to prevent Australia from retaining the Ashes, England were 286-9, still 73 runs short of their target. The tourists needed only the win to ensure a series defeat was impossible and the urn would stay in their possession.

However, with one wicket left, England one-day World Cup hero Stokes knew everything depended on him and he smashed a remarkable eight sixes to all corners of the ground to get England within touching distance of their highest-ever second-innings total to win a test match.

Proteas to face sternest T20 test yet in India

T20 cricket is supposed to be all about surprises, but it isn't especially noteworthy that SA's men's team have lost more than 60% of their games ...
Sport
2 years ago

Justin Ontong will be the sole survivor of South Africa’s men’s team’s previous coaching staff in India in September and October.
Sport
2 years ago

Kagiso Rabada is 54 days younger than Jofra Archer but he has bowled 6‚566 more deliveries in Test cricket.
Sport
2 years ago