SA A struggling with bat and ball in India 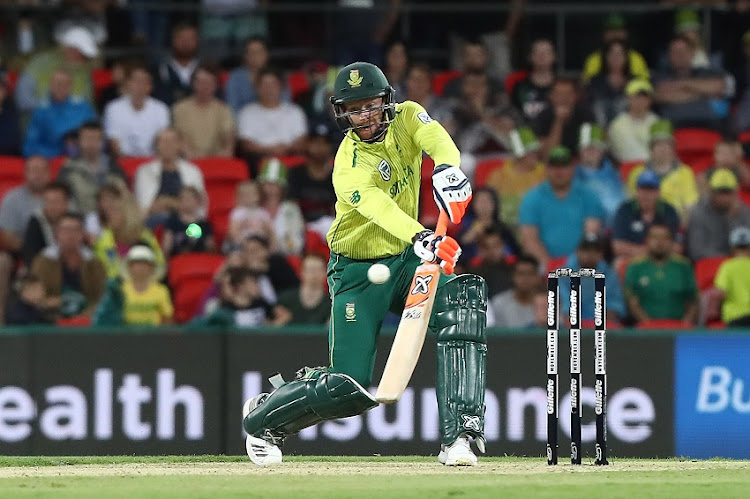 No-one has scored more runs than Heinrich Klaasen on the South Africa A men’s tour of India and Reeza Hendricks has scored the only century.

Only Yuzvendra Chahal has taken more wickets than Bjorn Fortuin‚ Junior Dala and Anrich Nortjé‚ and Fortuin is third in terms of economy rate.

So‚ how come the visitors have lost all three one-day matches?

Answering that question isn’t as stiff a challenge as pronouncing the name of the city where all the games have been played: Thiruvananthapuram‚ the capital of Kerala.

The state‚ on the south-east coast‚ is among India’s highest rainfall areas and all three games have been affected by wet outfields.

In the first match on Thursday‚ Fortuin and Hendricks‚ who sent down four overs of his occasional off-spin‚ were the only South African bowlers to concede fewer than a run a ball as the Indians piled up 327/6 in 47 overs.

Hendricks’ 108-ball 110 and Klaasen’s 58 kept their team’s hopes alive‚ but Hendricks’ dismissal in the 39th over was the start of a slide of five wickets for 50 runs that saw South Africa A dismissed for 258.

Two days later the visitors made 162/5 in 21 overs‚ an effort significantly enhanced by No. 6 George Linde hammering an unbeaten 52 off 25 balls.

The home side won by eight wickets with an over to spare‚ and this time none of the visitors’ bowlers escaped a mauling.

The Indians got home by four wickets with 13 balls to spare‚ and with Lutho Sipamla the only bowler to go for fewer than seven runs an over.

Doubtless the conditions have been made doubly foreign for the visitors by the effects of the rain‚ factors that seem to have affected the bowlers more than the batters.

Temba Bavuma’s qualities as a captain will be questioned‚ but this isn’t the first time he’s been at the helm at international level.

He led a South Africa Academy side to a six-wicket win over their Bangladesh counterparts in a T20 in Pretoria in August 2011‚ and he did so from the front with an unbeaten 67. Bavuma has also captained the Lions 23 times across all formats‚ winning 15 of those games and losing four.

“It is an opportunity for me to strengthen my case for selection‚ but also from the leadership point of view it is to embrace the responsibility that I have been given and to grow in that aspect of my game‚” Bavuma told reporters in India before the series.

His major problem is that Fortuin is his only bowler with a reasonable economy rate: 5.88.

Not so Dala‚ Nortjé‚ Beuran Hendricks and Linde‚ who are bleeding runs at between 7.27 and 8.53 runs an over.

The other side of the equation also doesn’t look so good‚ what with Klaasen and Linde the only South Africans with half-centuries to their names.

How do the Indians compare?

Three of their bowlers are running at fewer than a run a ball‚ and their batters have scored four 50s between them.

You don’t need to be able to say Thiruvananthapuram to know why they have won the series.