Nkwe says ‘Zulu’ has the expertise to boost Proteas in T20s 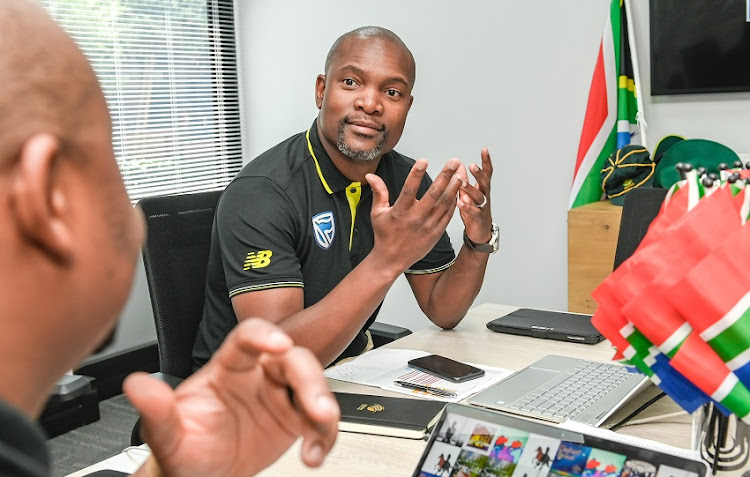 Proteas interim coach Enoch Nkwe has had little sleep since he was given the responsibility of that job almost a month ago‚ but he is excited at the outgoing tour of India‚ which starts with the first T20 in a fortnight.

Nkwe‚ who replaced Ottis Gibson after sweeping changes made by Cricket South Africa (CSA) following the disastrous World Cup in England‚ says there has been a lot of work behind the scenes in preparation for the tour.

“A lot has been happening behind the scenes to find the best formula of going to India‚” he said as the South Africans put finishing touches to their preparations ahead of departure to the subcontinent on Thursday.

“It is sleepless nights but for a good cause and it is also an exciting challenge for everyone. It has been long hours‚ communicating with the support staff and the organisation who have been helpful to ensure that I deliver the right things for the team.

“There has been serious amount of work and we are slowly getting there in terms of building up to the tour. We have been working hard enough to ensure that by the time we come together as a group‚ we are able to create clear direction and structure.”

Nkwe is yet to announce his batting consultant for the Test series but he has roped in former explosive all-rounder Lance Klusener to help him with the T20 series and he is happy to have “Zulu”.

#Proteas interim coach #EnochNkwe explains why he roped in #LanceKlusener as batting consultant for the T20 side. pic.twitter.com/ByhWmyrP8A

“He has plenty of experience‚ he is someone who embraces and likes his way of dealing with white ball cricket. He has been around the world‚ not just from a playing perspective‚ but he has been involved in T20 leagues around the world over the last few years.

“I see him making a serious impact and sharing some of the ides that have worked for him. He is excited with the journey that lies ahead for this team in India and we will unpack with him as we go along. He will add a lot of value for us in the coming months and that is good for us.”

India comprehensively thrashed West Indies 2-0 in the Caribbean but Nkwe said he had not been able to follow the Test series because his in-tray was full.

“To be honest I have not had enough time to watch the opposition. I have asked the performance analyst‚ Prasanna Agoram‚ to look into it‚” the coach said.

“As soon as I touch down in India‚ I will spare myself a couple of hours to go through everything. As soon as they announce their Test squad‚ we will go through them but most of the guys we have played against on many occasions.

“We also don’t want to invest too much time on the opposition. We need to find our own way for the four years that are coming and hopefully I will form part of that plan going forward.

“We want to come back from India with some sort of blueprint for whoever will be taking over on a full-time basis to be in a good position.”