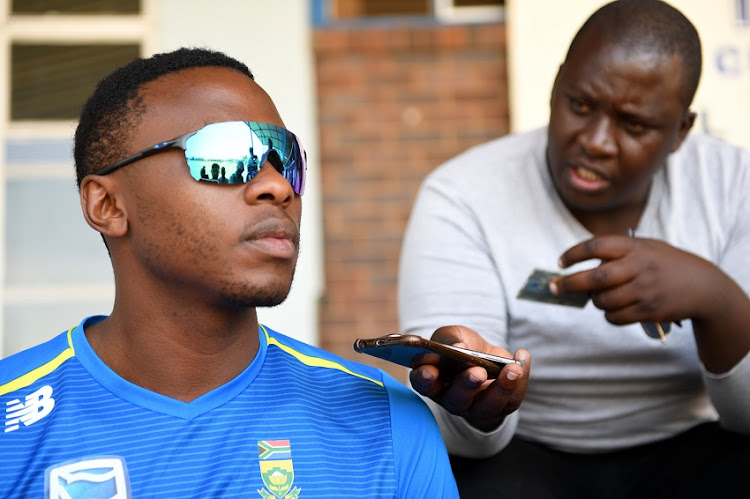 Star Proteas fast bowler Kagiso “KG” Rabada is fully aware that he will have to nail his skills set down to a tee in what are expected to be highly challenging spinning conditions in India.

The Proteas are scheduled to play three T20s and as many Tests against India and Rabada‚ who is going to play a key role for South Africa in both formats hopes that previous subcontinent experience will stand him in good stead.

“You need to figure out what you need to do to give the team a better chance to win – that is what I try to focus on. When you have played there before‚ you will have an idea of what to do in certain tough situations‚” he said on Wednesday at SA’s training camp in Pretoria.

Rabada‚ who admitted that he did not have a good World Cup in England‚ where the Proteas failed to make the knockout stages‚ added that he is not going to change his bowling approach too much on tour.

“Not a lot of things change. You are looking to bowl at good pace and good areas‚” he said.

“You can also shuffle your field around given which shots the batsman likes‚ and bowl to a certain area. Certain batsmen have certain game plans – it is just about pushing and pulling strings to get your man out.

“It is also a moment thing where you try to figure out what to do in the moment‚ and experience also helps.”

The last time the Proteas went on tour to India‚ they won the T20 and ODI series but they were thumped 3-0 in the Tests‚ where the quality of the pitches were highly questionable and led to a sanction by the International Cricket Council (ICC).

“The previous tour we were successful because we won the T20 and ODI series but the Test series was a bit of a shambles because those wickets were just terrible‚” Rabada said.

“If I could give an example‚ the first Test match it was 200 v 200 in first innings. If we batted first‚ it was going to be a different ball game because we ended up having to chase the game. We lost 3-0 and we were truly hammered.

“On our recent tour to Sri Lanka‚ it was tricky conditions. There is a whole lot of talk about how to approach spin but we will see how it goes.

“What helps is that there are guys who have played there in the past and I guess what you can do is to use what worked and what did not work during the Sri Lanka tour to have a base.

“When you go there for the first time its weird and you don’t know what to do. If you look at how Faf [Du Plessis] batted in Sri Lanka‚ he got good starts‚ which showed that he had played there and knew the conditions.”