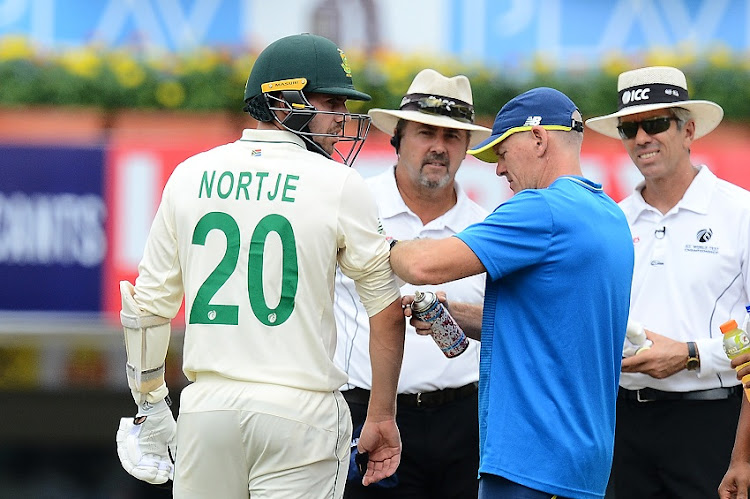 The last time South Africa faced a set of results worse than what looms for their men’s Test team in India on Tuesday‚ Nelson Mandela had yet to join the ANC.

In March 1936‚ like they had done in the preceding matches at Newlands and Old Wanderers‚ Australia won by an innings at Kingsmead to seal a 4-0 series victory.

That is likely to change in Ranchi‚ where the visitors have two wickets in hand to score the 203 runs they need to make India have to bother with batting again in the third and last Test of a rubber that has become ever more wretched for the South Africans.

Having been thrashed by an innings and 137 in the second Test in Pune‚ which followed a mere drubbing — by 203 runs — in Visakhapatnam‚ South Africa are staring at a successive defeat in the most humiliating manner.

It would be the ninth time South Africa have slumped to one innings defeat after another‚ but all of the previous calamities of this calibre were endured while they were lightweights of the international game.

For a side who have spent more than a third of the previous 10 years — 42 of the 120 months — as the No. 1-ranked Test team‚ and who were still in that spot less than four years ago‚ this is more a crash than a fall from grace.

Now they are about to be tossed out‚ of India‚ and will return home to face England in December.

By then‚ they will hope‚ the messy details of what happened on Monday will not be as raw in their consciousness as now.

Having resumed on 9/2 with their hopes of reeling in India’s declaration of 497/9 receding steadily‚ South Africa were dismissed for 162 in 56.2 overs — both their lowest total of the series and the fewest number of overs they have faced in an innings in the three matches — and followed on 335 behind.

The 91 Zubayr Hamza and Temba Bavuma shared‚ and the 32 put on by George Linde and Anrich Nortjé‚ were their only noteworthy partnerships.

Hamza‚ in only his third Test innings‚ played like someone with significantly more experience and made a flinty 62.

Bavuma showed familiar stickability for his 32‚ debutant Linde looked like he belonged for his 37‚ and Nortjé gutsed it out for 55 balls for his four.

Mohammed Shami seemed to take a particular dislike to Nortjé‚ hitting him on the shoulder with consecutive bouncers and then nailing his elbow.

Less than three hours after he was dismissed the first time Hamza was back at the crease.

But not for long: he picked the wrong line trying to defend the sixth ball he faced‚ a sniping outswinger from Shami that sent his off-stump gambolling gaily in the outfield.

“A day of firsts — first half-century for the national side … and the first time I’ve been out twice in the same day‚” Hamza mused to reporters in Ranchi after the close.

Quinton de Kock‚ Hamza‚ Faf du Plessis‚ and Bavuma were all out by midway through the 10th over‚ when Dean Elgar ducked into a bouncer from Umesh Yadav that didn’t get up and was clanged a fearful blow on the side of the helmet.

He shambled off groggily‚ and South Africa were 67/6 when Theunis de Bruyn walked out as his team’s first ever concussion substitute.

De Bruyn was 30 not out when bad light ended play with South Africa having subsided to 132/8.

This has not been a happy series for De Bruyn‚ what with him scoring only 52 runs from his first four innings.

“To have almost being bowled out twice in just less than two days is pretty poor‚” Hamza said.

Mandela‚ who joined the ANC in 1943‚ would doubtless have agreed.