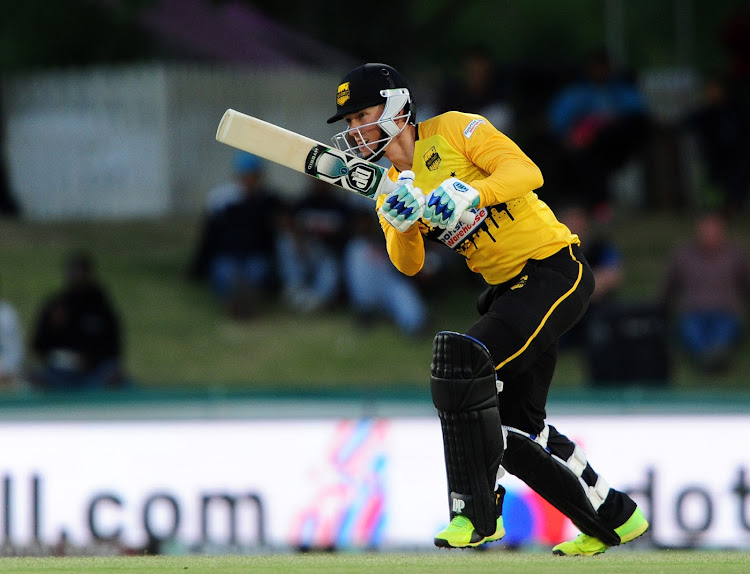 This time last year Rassie van der Dussen was a name you knew only if you took a keen enough interest in domestic cricket in South Africa.

And in the Caribbean Premier League‚ the Global T20 Canada League‚ and in Ireland — where he turned out for the Northern Knights and the Church of Ireland Young Men’s Society. Yes‚ really.

A year on Van der Dussen has played 27 white-ball internationals‚ nine of them in a World Cup in which he was the only South African to emerge with his reputation enhanced.

He was second only to Faf du Plessis in terms of average and runs scored — six more than Quinton de Kock in three fewer innings — and topped the strike rates for players who made at least five trips to the crease.

None of which meant much in the context of South Africa losing five of their eight completed games to become the first side booted out of the running for the semi-finals.

But Van der Dussen did well enough on the field‚ and off it in his interactions with the press‚ to be catapulted into conversations about the captaincy of South Africa’s teams in future.

Whatever he and Du Plessis spoke about in a long and earnest discussion over a pot of tea in the team hotel in Cardiff during the tournament‚ the scene was serious enough to confirm that Van der Dussen had moved a long way from the periphery towards the centre of the game in South Africa.

How did he go from the Church of Ireland Young Men’s Society XI to an international captaincy candidate in the space of a few months?

By playing in the inaugural edition of the Mzansi Super League (MSL) last year.

Not that all he did was play. Van der Dussen delivered 469 runs for the Jozi Stars‚ which made him the competition’s top scorer.

He scored four half-centuries‚ including an unbeaten 59 that helped his team beat the Cape Town Blitz in the final.

There are many reasons to not take the MSL seriously‚ as sponsors and broadcasters have done by turning their backs on the competition.

And while the MSL did do something for Van der Dussen‚ he did more for the MSL.

Almost every player or suit who has been asked about the tournament’s value in the South African cricketscape has used Van der Dussen as exhibit A.

Thing is‚ he is also the only evidence‚ so far‚ that the MSL can help players move on to bigger‚ better things.

But the competition does give players a chance to show what they can do in an event that enjoys a slightly higher profile than regular domestic cricket.

It’s up to them to make that chance count‚ as Van der Dussen did.

A new crop of lesser spotted players will take to the field from Friday when the second edition of the MSL hoves into view.

They have names like Khwezi Gumede‚ who is in the Blitz’ squad‚ the Stars’ Delano Potgieter‚ and Marco Jansen of the Durban Heat.

Onke Nyaku lurks among the Nelson Mandela Bay Giants’‚ the Paarl Rocks have Kerwin Mungroo‚ and Donavon Ferreira is a Tshwane Spartan.

With luck and good performances‚ and a T20 World Cup on the way in Australia in October and November‚ this time next year one of them could be the next Rassie van der Dussen.

Former Proteas captain AB de Villiers has advised the next SA coach to tap into the vast experience of former players to help the senior national ...
Sport
2 years ago