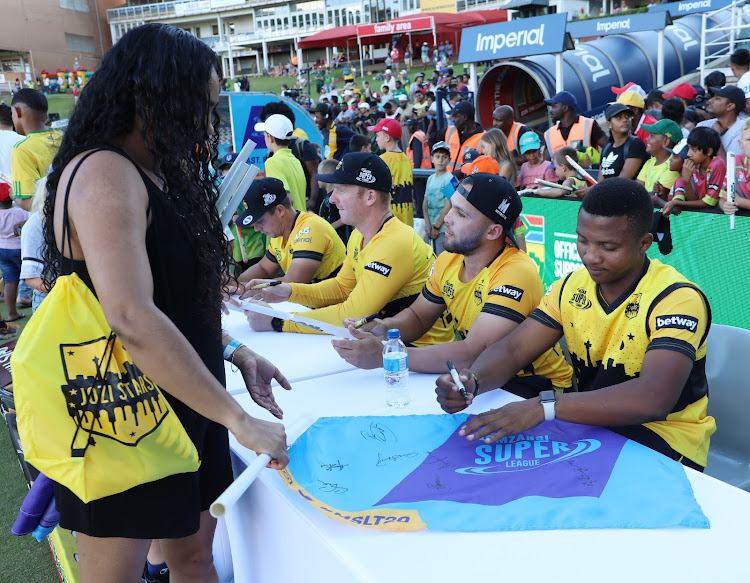 No confirmation is needed that a year is a long time in cricket‚ but the Jozi Stars have provided it anyway.

At this stage of the inaugural Mzansi Super League (MSL)‚ they had won half their six games in a campaign that ended with them lifting the trophy.

This year they have lost all of their first half-dozen matches and have been eliminated from the running for the play-off rounds.

What’s changed? The captain and coach‚ for a start.

Dane Vilas and Enoch Nkwe guided the Stars to their title in those positions last year‚ now the buck stops with Temba Bavuma and Donovan Miller.

Beuran Hendricks‚ Eddie Leie and Dwaine Pretorius are among the seven players who are no longer in their squad‚ and they’ve gained eight including Bavuma‚ Dane Paterson and Aaron Phangiso.

Last season Rassie van der Dussen and Reeza Hendricks featured among the top five run-scorers‚ with Ryan Rickleton at No. 8.

Reeza Hendricks and Bavuma are on the list this time‚ but the notable change is Van der Dussen’s output.

Last season’s Stars had Duanne Olivier‚ Kagiso Rabada and Beuran Hendricks in the leading five wicket-takers with Nono Pongolo and Simon Harmer also in the top 10.

A year on‚ Jozi’s only representatives in those terms are Phangiso‚ Olivier and Rabada‚ who each own a share of ninth place.

Pongolo has played only one match and Harmer has taken four wickets in five games.

Last year he had four innings for the Stars‚ making 43 runs. This time he’s scored 101 runs in six trips to the crease — more than half of them in his 27-ball 54 against Tshwane Spartans at the Wanderers on Sunday.

Despite that‚ and even though they had seven wickets in hand to score the 34 runs they needed off the last 37 balls to haul in the Spartans’ middling 155/6‚ the Stars lost by 20 runs.

They lost those seven wickets for 13 runs in the pace of 29 deliveries.

The match was Gayle’s last for the Stars‚ probably forever‚ but before he left he unleashed the kind of verbal assault that would have been significantly more useful had he delivered it using his bat with better frequency.

“This is not the sort of game of cricket this franchise is known to play‚” Gayle told reporters at the Wanderers.

“It was bad; bad to watch. Everyone will be hurt from such a thing. I am hurt from a personal point of view.

“This is not a champion team. This is not how defending champions should play to defend the title.

“I think individuals‚ the franchise itself‚ needs to look at themselves and dig deep with what is happening.

“Something is wrong. I don’t know what it is but we need to find out what’s wrong.”

How much blame would Gayle‚ the self-proclaimed “Universe Boss” and the epitome of modern cricket’s gun for hire‚ accept himself?

“As soon as I don’t perform for two or three games‚ Chris Gayle is a burden for the team‚” he said.

“I am not talking for this team only. This is something I have analysed over the years playing franchise cricket.

“It seems like that one particular individual is a burden for the team. And then you will hear bickering.

“I am not going to get respect. People don’t remember what you have done for them. I don’t get respect.

“And I am not talking about this franchise; I am talking generally. Even from players as well: players‚ management‚ head of management‚ board members.

“Chris Gayle never get no respect. Once Chris Gayle fails‚ it’s the end of his career‚ he is no good. He is the worst player and all these other things.

Boss‚ you are not the Stars’ only problem. But you sound like you’re the biggest.

Marnus Labuschagne scored a sparkling 185 to help Australia to a commanding lead before its pace attack struck to leave Pakistan facing a heavy ...
Sport
2 years ago

Gregory Mahlokwana is left-handed, yet there's things he does with his right hand that make him forget he's a southpaw.
Sport
2 years ago