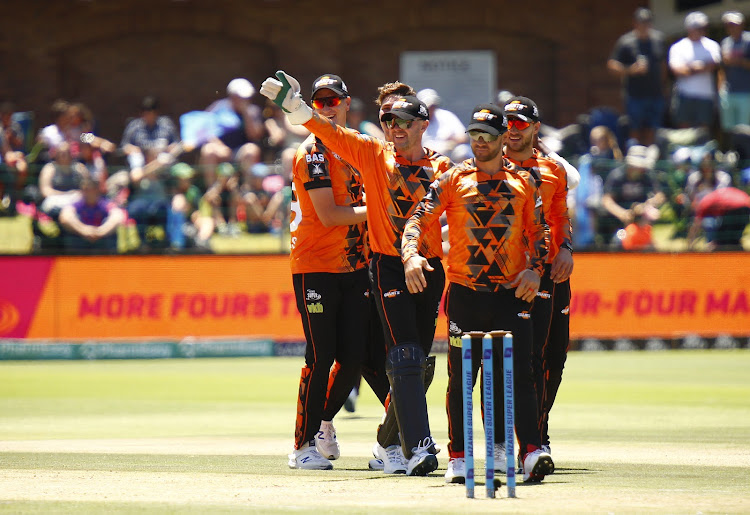 The Mzansi Super League has taken serious shape at the halfway mark with the majority of the team having played five matches.

With the title holders Jozi Stars having played six and won none of them, the tournament will have a new winner.

The Nelson Mandela Bay Giants, who were competent last season, have stepped up a notch as log leaders having not lost any of their five games this season.

The Paarl Rocks have also found the consistency that eluded them last season.

It's no coincidence that the two teams are meeting on Wednesday evening in Port Elizabeth in what is another top-of-the-table clash for the Nelson Mandela Bay Giants.

When they were confronted by the Cape Town Blitz last week, the Giants saw them off in what still remains the game of the tournament.

The Paarl Rocks are no mugs after beating the Blitz twice this season while having a way of slowing the game down.

With the game taking place at St George's Park, spin is likely to be a factor, which is where both teams are probably better than most.

The Giants have Jon-Jon Smuts and Imran Tahir while the Rocks have Bjorn Fortuin and Tabraiz Shamsi.

Whoever deals with the spin threat best will be the happier side, even though the Rocks (15) need a bonus point win or a big one to displace the Giants (19).

The Cape Town Blitz, who haven't quite hit the high notes of last season, will be hosting the weather-afflicted Durban Heat.

The Heat were beaten by the Giants in a thriller on Saturday. The Heat have been competitive in the two games they've lost, but have had the misfortune of having three games washed out.

They need the weather in Cape Town to remain fair for them to play some decent cricket and  manufacture a positive result.

The Rocks will then head to Tshwane on Friday to face the Spartans in a game that'll also test their championship credentials. The Heat will host the Giants in Durban on Saturday.

The weekend, which by Sunday will have sorted out the play-off grain from the chaff, will see the Jozi Stars host the Paarl Rocks while the Cape Town Blitz host the Tshwane Spartans.

Nelson Mandela Bay Giants captain Jon-Jon Smuts warned on Wednesday night that Jason Roy was on brink of lighting up the Mzansi Super League at St ...
Sport
2 years ago

No confirmation is needed that a year is a long time in cricket‚ but the Jozi Stars have provided it anyway.
Sport
2 years ago

The call to help cricket in South Africa in a time of desperate need has gone out‚ and it is being answered.
Sport
2 years ago