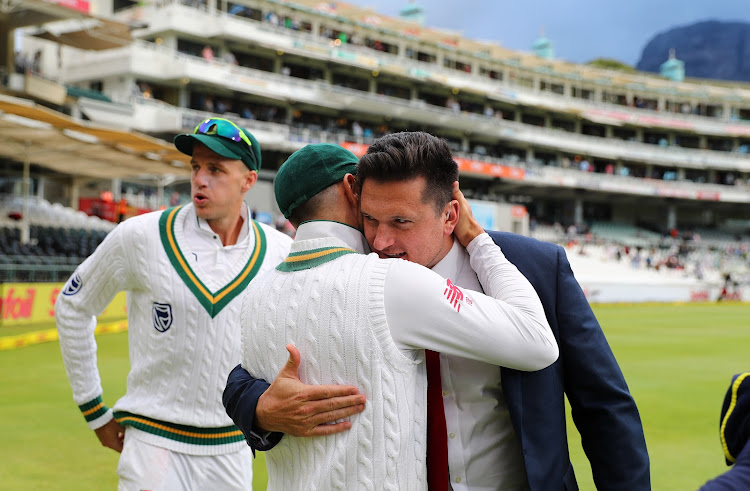 Graeme Smith is inching closer to putting pen to paper as Cricket South Africa’s new director of cricket but the former captain still has some “real concerns” with the governing body before he can sign on the dotted line.

The Sunday Times reported that Smith will be announced the new Cricket South Africa (CSA) director of cricket in the "coming weeks" and now the former captain himself has confirmed that it is only a matter of time before he signs on the dotted line - that's if he gets his way on the negotiation table in regards to how far his powers will stretch.

Despite the fact that the newspaper did not report that he signed‚ only stating on good authority that his appointment is imminent‚ Smith said that‚ “contrary to media reports”‚ "I have not been appointed director of cricket by CSA."

“I am‚ however‚ in ongoing discussions with CSA‚ but I still have real concerns‚ which I have reiterated to them‚” said Smith‚ who represented the Proteas on 345 occasions across formats.

Smith was interviewed along with two others for the top post but haphazardly withdrew his bid to join CSA two weeks ago.

In withdrawing from running for the post‚ the 38-year-old said he does not think he would be given the freedom and support to make decisions he deems fit for CSA.

On November 14‚ after being interviewed for the top post‚ Smith wrote on his Twitter account: “I would love to have taken on the role. However‚ despite my obvious desire to make a difference during the long and‚ at times‚ frustrating process over the last 10 or so weeks of discussions‚ I have not developed the necessary confidence that I would be given the level of freedom and support to initiate the required changes.”

Graeme Smith is set to be named Cricket SA's new director of cricket in the coming weeks.
Sport
2 years ago

The non-payment of less than a 10th of the debt the Western Province Cricket Association (WPCA) owed Cricket South Africa (CSA) triggered the ...
Sport
2 years ago

This column first appeared seven years and a month ago. Twenty-seven men's SA Test players, among them wonders of world cricket like Kagiso Rabada ...
Sport
2 years ago