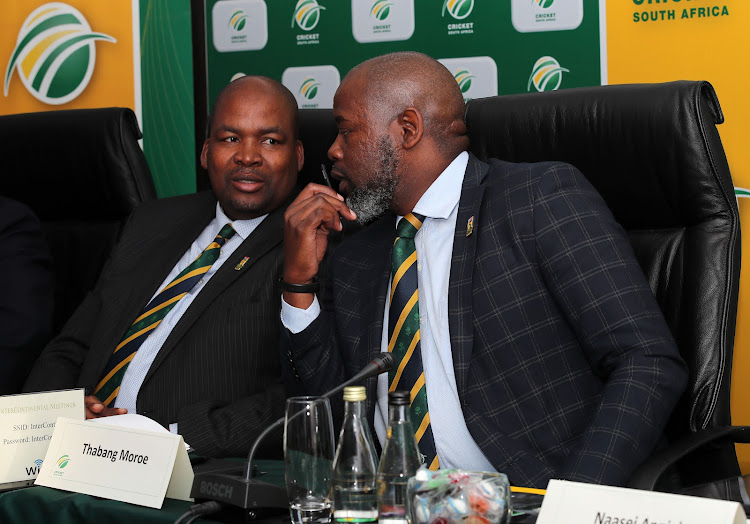 The Willowton Group‚ the manufacturers of Sunfoil cooking oil and former South African Test match sponsors‚ have called for the removal of embattled Cricket South Africa (CSA) chief executive Thabang Moroe and president Chris Nenzani as the administrative crisis in the organisation deepens.

In their statement‚ the Pietermaritzburg-based manufacturing group said the immediate action of the resignation of the chief executive should be effected in light of the issues that have afflicted cricket in South Africa.

“We the Willowton Group (Manufacturers of Sunfoil Cricket) call for the following immediate actions to be taken:

• Immediate reappointment of the two board members who have resigned

• Immediate independent audit and review to be conducted on CSA.

Sunfoil were the title sponsors of the Four-Day Franchise series and South Africa's home Test matches.

They came on board as sponsors at the height of the Nicholson Enquiry and continued well into CSA's recovery.

The issues mentioned in the statement which the Willowton Group deems are serious enough to have the chief executive removed include:

• The revoking of the accreditation of five journalists

• The breakdown of the CSA/ South Africa Cricketer's Association relationship

• The mishandling of the director of cricket issue and

• The poor handling of the Western Province Cricket Association matter

• The restructuring of the domestic competition

• Failure to appoint a lead independent director to CSA's board

• The concentration of power in the CEO to make key appointments and decisions.

Another board member resigns as Cricket SA stumbles further into chaos

Crisis-riddled Cricket SA has been hit by another major setback, with the immediate resignation of independent board member Iqbal Khan on Wednesday ...
Sport
2 years ago