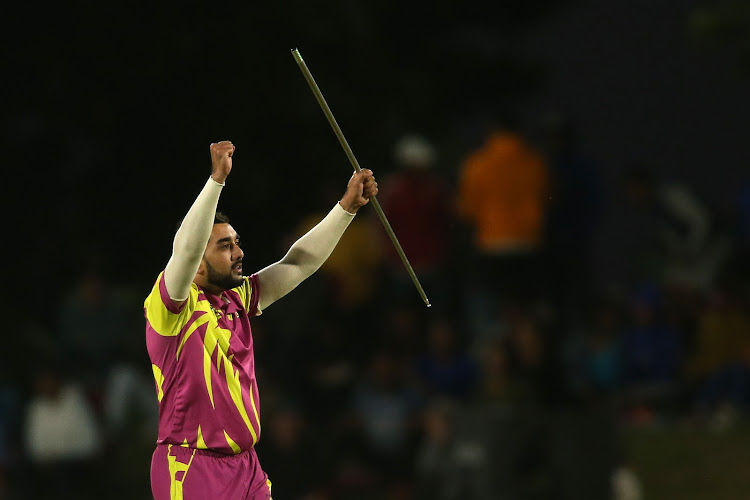 Tabraiz Shamsi of the Paarl Rocks celebrates with a magic trick after taking a wicket during a Mzansi Super League match.
Image: Shaun Roy/Gallo Images

Shamsi‚ who is a part-time magician‚ dismissed Wihab Lubbe in the ongoing Mzansi Super League encounter before repeating his magical celebration.

The spinner took out a red handkerchief from his back pocket using his left hand before it turns into a silver stick.

Users flocked to Twitter to demand more of such celebration from Shamsi.

Tabraiz Shamsi with the greatest celebration in sporting history. pic.twitter.com/o6UKtF0gS0

Another board member resigns as Cricket SA stumbles further into chaos

Crisis-riddled Cricket SA has been hit by another major setback, with the immediate resignation of independent board member Iqbal Khan on Wednesday ...
Sport
2 years ago