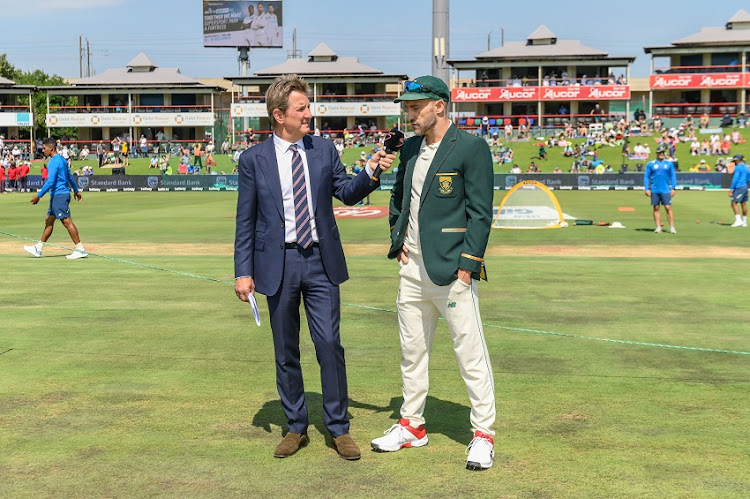 Proteas captain Faf du Plessis has said that colour is not an issue when it comes to the composition of South Africa’s Test team for Friday's start of the second game against England at Newlands.

Temba Bavuma‚ the team's only black batsman who missed the first Test with a hip flexor muscle strain‚ has been declared fit.

However‚ his replacement Rassie van der Dussen made a crucial second-innings 51 on debut that paved the way for the 107-run win at SuperSport Park.

With Aiden Markram also out of the rest of the series with a finger injury‚ Cape Cobras opener Pieter Malan will be making his Test debut as a like-for-like replacement.

Barring Malan's injury-enforced inclusion‚ if there are no other changes‚ Kagiso Rabada will be the team’s only black African player.

“We don't see colour and it's important that people understand that. Opportunity for any colour is important‚ so when I mention Rassie‚ it's about consistency when it comes to the giving and the backing of opportunities and being fair in terms of giving players a chance‚” Du Plessis said.

“Temba will be the first guy to acknowledge that he got a very good opportunity‚ but it's important for the general game in South Africa that we keep producing very good cricketers.

“Colour is irrelevant and there will be things put in place to ensure we produce players of all colours. Right now though‚ we need to win Test matches‚ so we need to raise the level of performance for all of us.”

Du Plessis said the door hasn't been shut on Bavuma‚ but the batsman will also have to have the runs do all the talking for him.

The sixth round of Four-Day Franchise matches will start on Monday with a full set of matches.

“If you're not finding yourself starting in the Test team‚ it's about weight of runs. Unfortunately‚ Temba was injured before the series‚ but that was a chatting point even before the series in terms of competition and positions‚” Du Plessis said.

“It's not about Temba. There are guys knocking on the door to push us to make sure we lift our performances to a level where we can take this batting line-up to a level where Test matches can be won consistently.

“Temba is in agreement with this and from a weight of runs perspective‚ he probably wasn't where he needed to be. If and when he gets released‚ weight of runs will be his way back into the team.”

While South Africa put together a collectively heartening performance after losing five consecutive Tests‚ Du Plessis said they still have a long way to go as a team.

“We haven't really achieved much as a Test team. We've just won one game‚” the skipper said.

“In terms of where we need to go as a Test team‚ there's a lot that needs to happen. We're in a phase where we are playing a lot of new faces‚ but we need to put a lot of those performances to get to where we want to be‚” Du Plessis said.

“If you're happy with one Test‚ you'll be in a similar position the whole time‚ so it's about understanding that as a team‚ the standards have to go up a bit. The standard we want to achieve as a Test team started the other day and we were fortunate enough to get away with a win.

“We also understand that Test cricket against England isn't going to happen like that. If you take the foot off the gas‚ you could go back to playing ordinary Test cricket.”