"I learned how to apply my trade in a different way and over the years you learn how to be consistent." 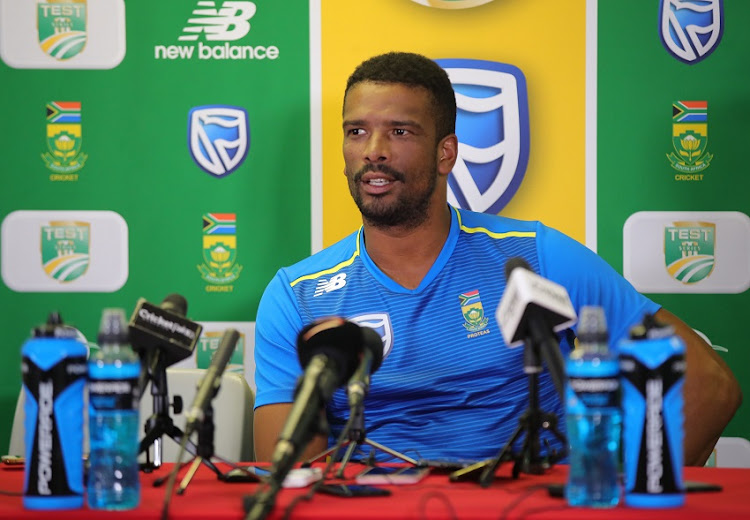 Retired Proteas fast bowler Vernon Philander is keen to maintain his links with the national team and remain involved in a mentorship role in the future.

Philander played the last of his 64 Tests in the series defeat to England at the Wanderers earlier this week having taken 224 wickets and scoring 1779 runs.

The ‘Big Vern” also featured in 30 ODIs and returned with 41 wickets. He played in seven T20s where he claimed four wickets during an international career that spanned more than ten years.

“I would like to be involved probably in some mentorship role to help the younger guys who are coming through the system,” said the 34-year-old who is joining English county side Somerset.

“I haven’t really given it much thought but I would like to still be a part of it to make sure that younger players are up to scratch when they eventually make the step up to the national side.

"That is a role I would like to see myself playing but as to how we are going to do it, I have to sit down with the powers that be.”

Philander said he learned valuable lessons from his seniors at Western Province as a young player and he is prepared to help the system produce more players.

“When I started, I played with guys like Charl Willoughby, Alan Dawson and Charl Langeveldt who were all skilful bowlers and learned a lot from them," he said.

"I learned how to apply my trade in a different way and over the years you learn how to be consistent.

"We need to keep on topping up with youngsters and to make sure that we don’t worry about pace all the time.

"We need to make sure that we keep those skills alive, we need to sit down with the senior guys and see how we are going to pass on the information.”

Philander leaves the Test side in a rebuilding phase and he asked the public to have faith in the young team.

“This is the start of a new generation, this is a young team and you have to allow people to settle in their positions," he said.

"We South Africans are quick to

critisice but there are a lot of young guys in the team and you have to give them a little bit more of time to settle.

"We had a good start in Centurion but the way they managed to turn it around is pretty special,” said Philander, who wants to be remembered as a player who fought for his country.

“I would like to be remembered as someone who always gave his all.

"I left it all out there on the field and there are no regrets.”

Australia opener Jake Fraser-McGurk will return home from the ongoing ICC Under-19 Cricket World Cup in South Africa after being scratched on the ...
Sport
1 year ago

Vernon Philander will leave a hole

Life for Vernon Philander has never been about the promise of a pot of gold at the end of a rainbow.
Sport
1 year ago