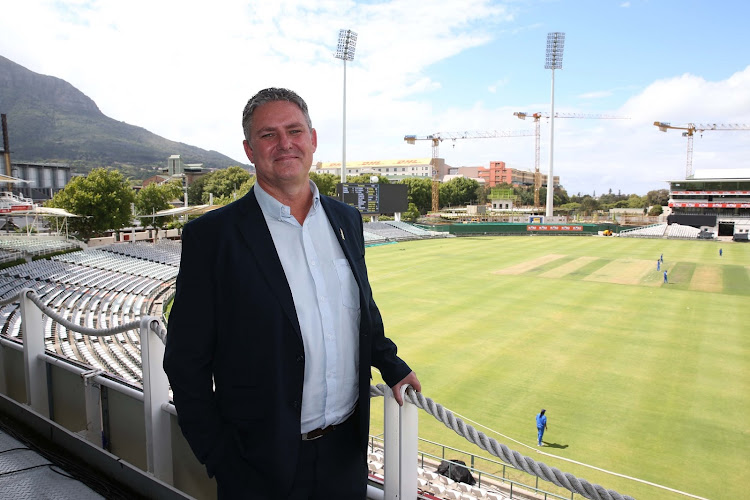 Central Gauteng Lions (CGL) president Jack Madiseng has said the Cricket South Africa (CSA) board's refusal to resign is scaring off potential sponsors and making it difficult for new CEO Jacques Faul to do his job.

Headline sponsors Standard Bank announced in December they would not renew their sponsorship with CSA when it expired at the end of April. The bank cited a collapse of governance controls as their main reason for ending their R100m-a-year deal with CSA.

Other key sponsors - cooking oil manufacturers Sunfoil and financial services group Momentum - gave CSA an ultimatum for its board to step down by the end of April or they, too, would stop pumping money into the crisis-riddled organisation.

Speaking during his welcome address as CGL president on the opening day of the fourth and final test against England at the Wanderers Stadium in Johannesburg on 24 January, Madiseng said he had full confidence in acting CEO Faul to steer the CSA ship back to safe waters.

The contents of Madiseng's address had not been made public until now.

Faul was roped in after suspended CEO Thabang Moroe left a trail of brand destruction with a slew of decisions that went against good governance, including gagging of journalists in early December.

Madiseng said Faul has “three commercial challenges” in his bid to revive CSA and wipe off enormous debt the organisation is dealing with.

Madiseng said the first challenge for Faul was to get the Proteas team to inspire confidence in sponsors with positive results on the pitch.

The second challenge to Faul is to mend their broken relationship with the players’ union, the SA Cricketers' Association, said Madiseng.

Cricket SA, relief not in sight

If the road to restoration for the Proteas following their series defeat against England is of the long and winding variety, then the path for ...
Sport
2 years ago

Jacques Faul: CSA ‘match ready’ for the England series, but ...

Despite all the boardroom imbroglio Cricket South Africa’s (CSA) boss believes the organisation can still put on a show when the Proteas start their ...
Sport
2 years ago

“The third challenge is the resistance of the CSA leadership to resign,” said Madiseng, to loud cheers from the audience that included sports, arts and culture minister Nathi Mthethwa, his deputy Nocowe Mafu, chairperson of the sports portfolio committee in parliament Beauty Dlulane, and former International Cricket Council CEO Dave Richardson, who is now consulting for CSA.

“I’m not sure if they [the CSA board] understand the impact these have on the credibility of the CSA brand. We have lost a big sponsor due to governance issues, and they still don’t see the damage they’re causing,” said Madiseng.

Faul, who was present when Madiseng delivered his welcoming address at the Wanderers, did not respond to emailed questions but insiders told TimesLIVE the acting CEO kept nodding when the CGL boss spoke.

In a statement to TimesLIVE on Monday in response to Madiseng’s remarks, CSA said Faul regularly attends cricket-related events and interacts with a number of stakeholders.

“The situation facing CSA is indeed difficult. However, it is important to mention that the views expressed by a variety of those stakeholders remain their views and not something Dr Faul is at liberty to either disqualify or qualify,” CSA said in a statement.

“Dr Faul remains committed to servicing the mandate given to him on December 7 2019 and therefore continues to work within both the CSA and other cricket structures to find solutions to the issues facing CSA, which issues have been widely reported.”

In what would be greeted with cheers by the cricket fraternity, CSA confirmed that Faul has had a “number of meetings” with current and potential sponsors in a bid to turn things around.

“Most of those engagements have been with current and potential sponsors.  Consequently, up until such time that all parties engaging in the talks are ready to make any form of announcement, CSA will respect the confidentiality of all discussions held to date.”

Madiseng, described as a powerful figure in cricket circles and who is eyeing the CSA presidency, is leading the charge to remove the board through CGL, and enjoys support from the boards of KwaZulu-Natal and Western Province.

A CSA board member himself as a non-independent director since February 2019 until his resignation in December, citing a collapse of governance controls, Madiseng said he and his lobby group were confident the board will step aside before the end of this month.

“Let’s hope February will be a month to convince them to do the right thing [which is to resign]."

Embattled CSA president Chris Nenzani and his vice-president Beresford Williams were conspicuous by their absence.

Insiders at CSA say Nenzani was absent at all four Test matches against England as calls for his removal grew louder, with the players’ union joining the chorus.

A public appearance at a stadium will be awkward for Nenzani as it will mean facing off against a group that cannot wait to see the backs of the board members.