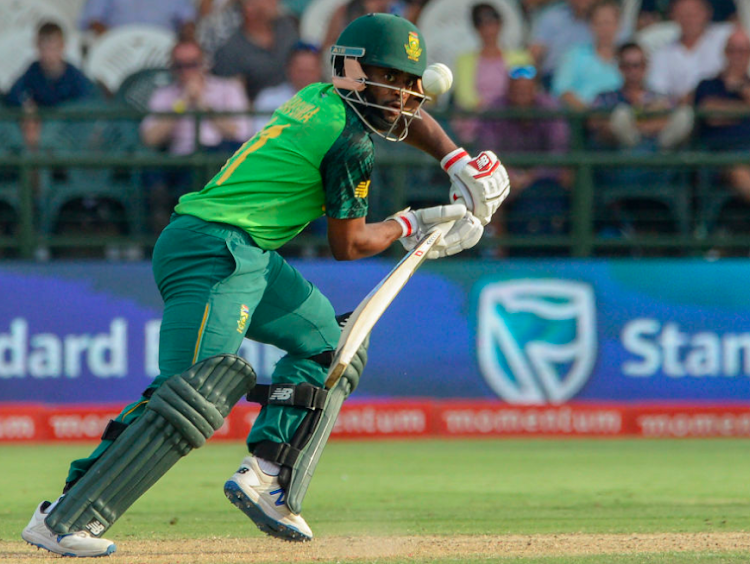 Temba Bavuma was the star player on Tuesday after he helped the Proteas beat England in the first ODI at Newlands, Cape Town.

Bavuma enjoyed a 173-run second-wicket stand to strike England a loss. The last time the teams met in an ODI was at the 2019 World Cup.

Temba Bavuma: 'I'm black and that’s my skin colour‚ I play cricket because I love it'

Proteas batsman Temba Bavuma has fired a salvo at sections of the media and fans who always blame transformation whenever he struggles to score the ...
Sport
2 years ago

In an interview after the game, Bavuma said playing in the ODI team made him feel “like a kid with no burden”.

“I play cricket because I love it. I'd like to think the reason I am in the team is because of performances I have put forward in my franchise side, and also for the national team, whenever I have been able to.

“Players get dropped, I am not the last guy to get dropped. That's something we've come to accept.”

Here is a glimpse of the love the hero received:

Well done #Bavuma on a good strike rate. Unlucky on jus coming short by jus two shorts for a century . Today we proved we also deserve a call for test games. pic.twitter.com/SpZWY4IDhf

Credit where it’s due, #Bavuma knock yesterday was superb! The next questions is, can he kick on and make the ODI number 3 spot his own! I will have my doubts until he can do it for an extended period but great start! Let’s see how he goes! #SAvsEng #SSCricket

Really impressive and great comeback by the proteas...De Kock is an excellent white ball cricketer, but really impressed by the perfomance of Bavuma..did not know he have this talent of switching and performing in various formats 🙏🙏 #SAvENG #Bavuma https://t.co/eabmDKyOZq

Our so called "quota player" @tbavuma10 has shown his quality once again. 259 in 3 ODI's. Keep silencing them bro #sscricket @OfficialProteas #SAvENG #Bavuma

Another century incoming #Bavuma - sho when these @OfficialProteas make you proud, they next level! #SAvENG

Bavuma doing an Amla - formerly seen as a TEST specialist then he shows them that he's also good at ODI's?" Well ... watch this space. #SAvENG pic.twitter.com/7TLoC5LF4H

Couldn't help but notice that 7/11 players that started today are black. The team put on an excellent performance. Goes to show that transformation and excellence are not mutually exclusive #SAvENG #Bavuma #Quinty

Proteas captain Quinton de Kock won the toss and elected to field first in the first of three ODIs against England at Newlands on Tuesday afternoon.
Sport
2 years ago