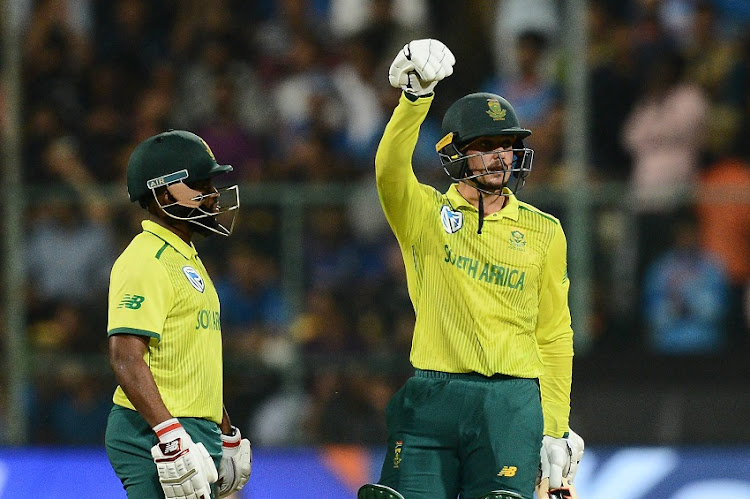 South Africa’s one-day international (ODI) tour of India has been aborted to the spread of the novel coronavirus (COVID-19).

South Africa were due to play two more ODIs against India in Lucknow on Sunday and Kolkata on Tuesday.

The rapid spread of the disease‚ which has now been declared a pandemic by the World Health Organisation‚ has led to the cancellation or postponement of a number of sporting events around the world. Australia’s women’s team who recently won the Women’s T20 World Cup cancelled their upcoming tour of South Africa to the coronavirus scare.

England’s tour to Sri Lanka has also been called off while the Indian Premier League’s March 29 start has been pushed back to April 15. New Zealand and Australia played out their first of three ODIs behind closed doors at the Sydney Cricket Ground on Friday.

The first ODI between South Africa and India‚ which was supposed to take place in Dharamshala on Thursday‚ was rained out.

A Board of Control for Cricket in India statement said South Africa will go back to India for a three-match ODI series at a date that will be announced.