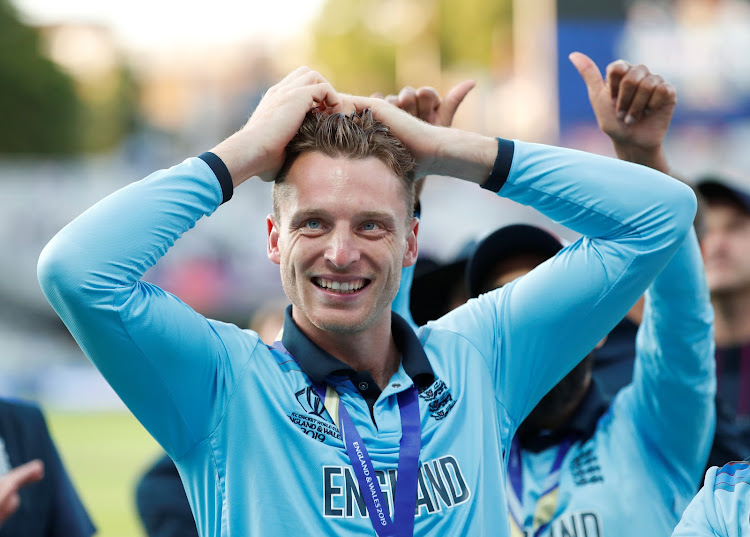 Wicketkeeper-batsman Jos Buttler has said he will auction the shirt he wore in England's 2019 Cricket World Cup final victory to raise funds for efforts to fight the coronavirus.

Buttler was instrumental in England's thrilling victory over New Zealand in the final at Lord's last year, scoring a half-century and then dislodging the stumps to run out Martin Guptill off the final ball of the super over.

The 29-year-old has placed the shirt on the auction website eBay and all the funds raised will go to the Royal Brompton and Harefield hospitals' charity.

In a video posted on Twitter, Buttler confirmed the shirt would be signed by all the players from England's World Cup squad.

"As we all know, hospitals, doctors, nurses and the NHS are all doing quite an incredible job at the moment," said Buttler.

"And in the weeks and months to come they are going to need our support even more."