'It would be stupid of us to lose out on those cricketing brains': Boucher on Kallis and Harris 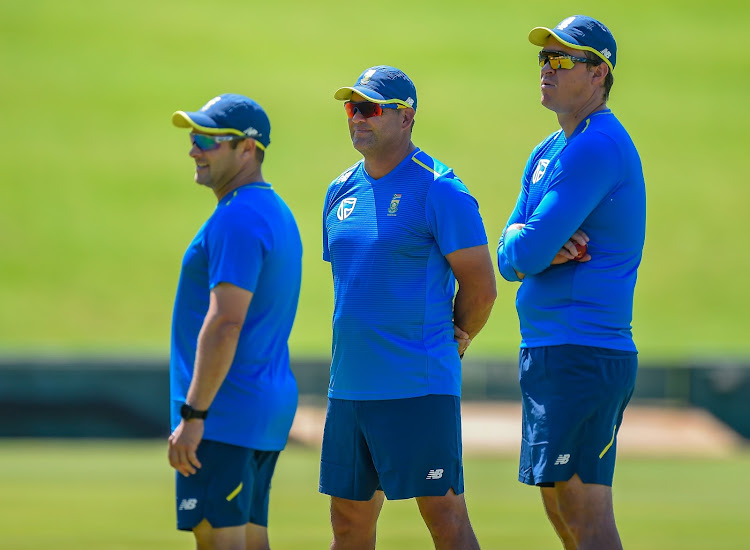 Kallis‚ who is South Africa’s top Test run-getter‚ has been national team batting consultant in a season where the side's batting‚ especially in the Test series against England‚ was thoroughly examined and found wanting.

South Africa didn’t score a Test 100 in the eight innings against England and also didn’t make 400 in the four Tests.

They also had to cope with bouts of poor form in key players like former captain Faf du Plessis and diminishing returns from opener Dean Elgar.

It was the newbies like Rassie van der Dussen and Pieter Malan who answered the batting clarion call at various times.

Harris was the spin consultant and while SA’s spin department wasn’t caught short‚ the batting unit’s inability to post big runs meant that Keshav Maharaj was put under pressure when he played.

Boucher said his coaching group has been very solid and the inputs from Charl Langeveldt (bowling consultant) and Justin Ontong (fielding coach) have been invaluable.

“I’ve really enjoyed working with the guys. I’ve spent a lot of time with Jacques and Paul.

"They came in as guys who were helping out in the system and they’ve done some great work. I’m not too sure what’s going to happen in the future.

"Hopefully we can sort out something for them contractually along with some other guys coming in with fresh ideas‚” Boucher said.

“Langers has been brilliant and although Ontong has been the fielding coach‚ he adds a lot of value in the batting department.

"He’s also played international cricket and it would be stupid not to use him in other disciplines.”

Boucher though showered lavish praise on his assistant Enoch Nkwe‚ whom he said has been excellent.

Nkwe was the interim coach during the 2019 India tour where South Africa was combative in the T20 series and the first of three Tests.

They fell apart in the rest of the series‚ but Nkwe had done more than enough to be retained in a permanent capacity.

Nkwe and Boucher came into their roles as the successful franchise coaches with a combined eight trophies with the Lions‚ the Titans and the Jozi Stars.

“Enoch and I have had some great conversations. We understand each other nicely at the moment. Our heads are in the right places.

"We’ve got some hard calls to make but we’re not scared of doing so.

"We complement each other well and Enoch has got some very good relationships with players that I haven’t got to know properly yet‚” Boucher said.

“He’s understanding of how to take the load off my shoulders. I appreciate that and I understand where he is with his family not being in the country.

Organisers expect this year's Twenty20 Cricket World Cup to be a success even if it has to vie with Australian rules football and rugby league for ...
Sport
2 years ago

Cape Cobras coach Ashwell Prince has preferred to look at Dane Paterson’s Kolpak-enforced departure from a different perspective mainly due to the ...
Sport
2 years ago